Who are these Key Men? (part II)

To further understand where our Key Men are coming from we asked them 3 questions: 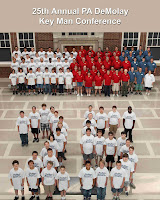 The answers that came from most of the Key Man were not surprising. But the variety of other answers tells us that we have a very diverse group of young men here. 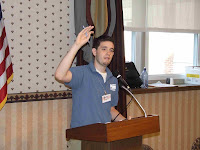 Most of the members answered "Brotherhood," "Friendship" or "Meeting New People." Others mentioned specific activities like "Conclave/Convention" "Going to Patton Campus," "Travel," "Dances" and a variety of diferent activities. Several mentioned "Food" which is obviously a testimony to some great Moms!

Some of the more surprising answers included "Famous people who were DeMolays," "Teamwork," "working with different personalities," "the chance to be a leader," "helping others," "being helped in a time of need," "a chance to learn and grow on our own terms," "it is structured, but we have a lot of freedom," "it is easy to be sociable with Masonic Youth," "learn moral values," and "striving to make the world a better place."


What do you DISLIKE MOST about DeMolay? 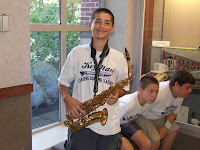 Three distinct answers were prevalent to this question. the first, and most obvious one, was "NOTHING!" The second most popular answer was also predictable-- "too much memorization/ritual!" "Long meetings" ranked as the third most disliked thing about DeMolay. The fourth most popular answer was "wearing suits/too much formality." After these, which each had more than 5 responses, there was a wide variety of responses including: "lack of public awareness," "minimum age limit," "not enough fundraisers," "losing membership," "should be co-ed," "too much stress while being an officer-- especially communication and phone calling," "too many long speeches," too much distance between chapters/brothers," it takes a long time to build/rebuild a chapter," "too many workshops to sit through," and "one one of our advisors is willing to travel."


If you could change one thing about DeMolay, what would that be? 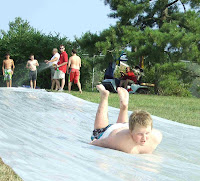 Again, the most popular answer was "NOTHING!" The second most popular answer was "the age limit for joining" and while several were suggesting that the minimum age should be lowered, one suggested that the majority age should be higher than 21. There were a number of interesting and unique (meaning, one person) suggestions, including, "allow the ritual to be read, if read fluently," "don't require Obligations Cards," "shorten meetings," "more activities," "make it more kid-friendly," "have a PR campaign to improve public awareness," "more time at Patton Campus," "simplify the Ritual with easier words," "have more co-ed activities," "get rid of the Ritual," "less memorization," "shorter workshops," "make more degrees," "more joint activities with other Chapters," and "more loyal members." 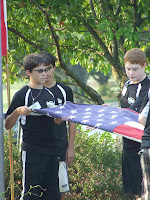 What conclusions can we draw from these answers? First, it is obvious that most of our DeMolay members feel passionately about their organzation and want to see it grow and get better. Second, they have a wide variety of opinions on how to improve DeMolay, which is always better than no opinions at all! Lastly, we have some very thoughtful and caring young men in DeMolay who are trying to live the seven precepts of the order in their daily lives and want to encourage their brothers to do the same.

We are so blessed by the great young men we serve!
--Tom Labagh, EO in PA
Posted by PA DeMolay News and Views at 2:14 AM