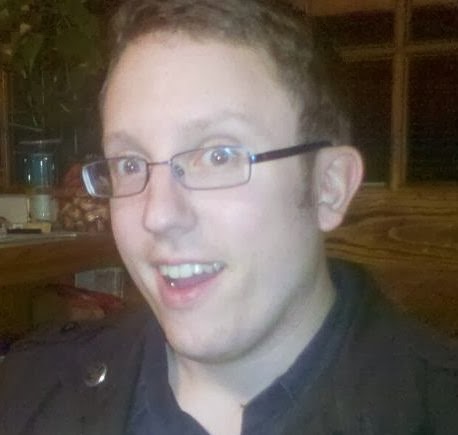 Today's post comes from "Dad" Zack Panitzke. "Dad" Pants, as he is often referred to, is taking on the challenge of directing the Key Man Conference for 2014. Today, he writes to introduce himself and the concept of the 2014 Conference. It sounds like it's going to be an amazing experience, so plan to attend now!

Greetings PA DeMolay! Dad “Pants” here. For those of you who don’t already know why an advisor from south of the Mason-Dixon is directing the Key Man Conference, I’ll give you a quick intro.

I’m originally from Erie Chapter and was active with PA DeMolay in the early 2000s. Since then, I’ve moved around a bit, but I’ve been serving as the Assistant Director of Convention in PA since 2009. In the meantime, I’ve also found a home at Edwin Albert Mroz Chapter in Falls Church, VA.

You may have already noticed the update to the Key Man page on this website. This year, “Dad” Dan Loughin and I are leading the charge toward a new concept for the conference: Key Man University, or KMU for short. Key Man University is all about giving you total control over your DeMolay learning experience.

KMU will offer you the ability to build your own experience one class at a time. When you register, you’ll be asked to select a major. Want to learn about how to be a better Ritualist? Choose the Ritual and Public Speaking major. Trying to put together a great term plan for your Chapter? Take on the Event and Program Planning major. How about beefing up your Chapter’s public interaction? Join the Communications and Media major.

Within the major program, you’ll find plenty of opportunity for customization. Say you’re a Senior Councilor looking to use your term as Master Councilor to work on your Chapter’s degree conferral. You can take the Event and Program Planning major, merge it with classes from Ritual and Public Speaking, and assemble a great conferral from introductions to refreshments.

I’m very excited to work with an all-star faculty to bring Key Man University to PA DeMolay. Registration and major selection are on a first-come, first-served basis. Will I see you there?
Posted by PA DeMolay News and Views at 9:55 AM No comments:

A Quick Run Down of Masonic Charities 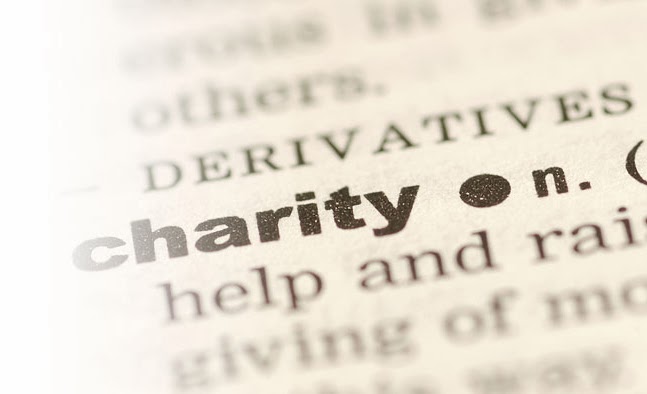 One of the things I often find myself explaining to DeMolays (and Masons) is the number of charities that the fraternity works with. As a point of reference, I'm going to list the charities of the Masonic bodies here in PA. If your Chapter is looking for a new charitable endeavor to get involved with, or if you just want to switch it up, check out these worthy causes!

The Social Bodies
While this is no where near an exhaustive list, it should give you an idea of some of the charities that the greater Masonic fraternity is supporting. Perhaps something caught your eye and your Chapter can get involved!

Today, I'm sharing with you a great infographic on how to tie a bunch of different knots for neck ties. Every man should be able to tie a tie, even with the most basic knot. Our State Officers have graduated to learning how to tie bow ties, so be adventurous like them! Check it out and learn something!

Posted by PA DeMolay News and Views at 8:43 AM No comments:

Ritual, Manhood, and You 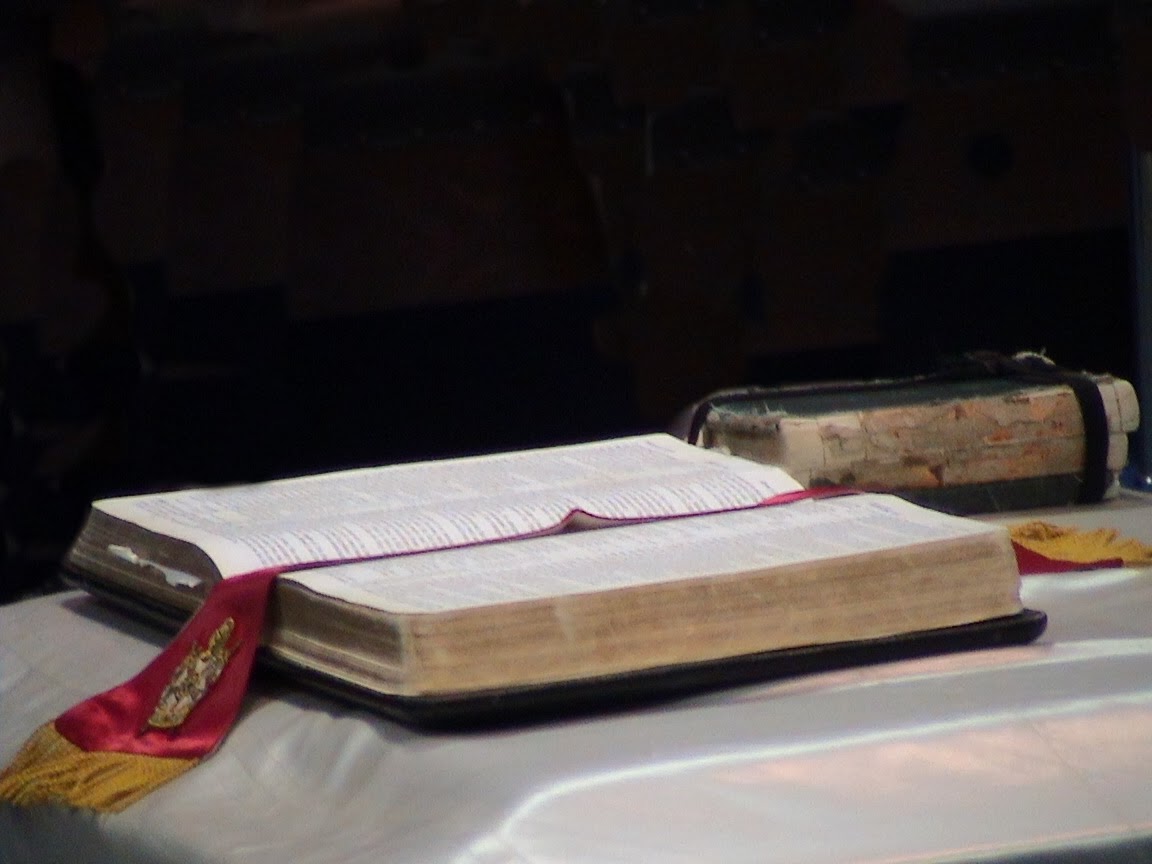 Today's post comes from the Art of Manliness. It's so DeMolay appropriate that I don't even know where to begin. It's about how ritual is an important part of the social structure of organizations and groups. Check it out...

I have rarely seen such a good explanation of why ritual is important and how it strengthens our bond as Brothers. If you only read one Art of Manliness article that I post this year, it should be this one.

Frat! ~ "Dad" Seth Anthony
Posted by PA DeMolay News and Views at 11:25 AM No comments:

DeMolay teaches the Seven Cardinal virtues - Filial Love, Reverence for Sacred Things, Courtesy, Comradeship, Fidelity, Cleanness, and Patriotism. At their most base level, what are the Virtues? Quite simply, when stripped of all other meaning, they are basic guides on how to live an ethical life, which is something we all need and can use.

Recently, I was listening to one of my favorite podcasts, Freakonomics, which was referencing ethical behavior. They were interviewing two attorneys, one which currently works for the government and another who previously held the same position. These men were the legal counsel for the Department of Defense's ethics and compliance division. Part of their job is to train employees and military officers on ethical issues. They quickly realized that being entertaining is a great way to train and engage personnel, so they devised an ingenious way of handling the situation.

They began publishing a book called "The Encyclopedia of Ethical Failure" (which you can download by clicking that link.) In it, they detail hundreds of stories of government officials who have acted in an irresponsible and unethical fashion. These stories are then used as examples in trainings to help people better understand the fine line that can be ethics.

When asked what the common theme of these stories tends to be, one of the attorneys answered that most of the people who get caught up in an ethical scandal, and fail, are good people who just made a very poor judgment call. When someone confronts them after their failure, they often realize just how dumb the mistake was and completely understand why it was a problem.

As you live your life, I encourage you think back to the Seven Cardinal Virtues when confronted with a problem. Before you respond to a difficult situation, think about all the ramifications of your decision, letting the Virtues of DeMolay guide you. Just because something may be "legal" is it always ethical? That's often a murky line and one that separates men from greatness.

Frat! ~ "Dad" Seth Anthony
Posted by PA DeMolay News and Views at 10:13 AM No comments:

The Key to What?

As a DeMolay (or Advisor) you can earn several awards which are unique in name - specifically the Blue Honor, the Advisors Honor Key, and the Zerubbabel Key. These awards are designed as breast jewels, consisting of a ribbon with a small charm hanging from the bottom. What do all of these awards have in common? They are referred to as a "key;" but, they aren't in the shape of a key as we know it. So, why are they called that?

When DeMolay was founded in 1919 there was a specific piece of men's fashion that was all the rage - the pocket watch. Time keeping technology has a unique history, but to summarize, by the time our Order was founded, the height of this trend was the man's pocket watch. These watches were entirely mechanical, keeping time with a complex series of springs and gears. There were no batteries, no digital outputs, and they certainly would not have been comfortable to wear on a wrist. When you think about it, it's pretty amazing that man designed such precise mechanical means to keep track of the world, down to the second. But, how does this relate to the Key awards?

Since their first inception in the 16th Century, many clocks and watches required a little piece of metal to wind them using a small stem. These would be inserted into a hole on the timepiece and turned, just like a key in a lock. Hence, these little tools became known as watch keys. They remained common for clocks and watches up until the last quarter of the 19th Century, when other winding mechanisms were developed.

Often, watch keys were attached to a pocket watch chain and affixed to a piece of clothing. This served a two fold purpose. First, it would "catch" the watch should a man have dropped it, thanks to the chain. Second, the chain provided a nice way to attach the key and keep it with the watch so it wouldn't be lost. Over time, men took to this fashion trend and watch keys started to become ornate pieces of jewelry all to themselves. As watch makers standardized their key sizes, jewelers were able to sell specially crafted keys on the secondary market as a luxury product, commonly made out of silver and gold. This gave way to the fashion trend we have today - watch keys as gifts and awards.

In the late 19th and early 20th Century, it became common for high schools and universities to award a watch key to their graduates. These could be very plain or very ornate, depending on the wealth of the institution. When schools stopped giving away the keys, the Greek letter system picked up the trend (which continues to this day for many fraternities and sororities.) Think of it as the first "rear window cling." A young man, fresh out of school, would wear his institution or fraternity's key with pride, giving him a way to discover other alumni throughout his travels.

Of course, DeMolay was (and has always been) a champion of education and a fraternal body. Since giving keys was a trend in schools and collegiate organizations (as well as business), it seemed only logical to give keys in recognition for achievements and as awards. Thus was born the Blue Honor Key, the Advisor's Honor Key, and the Zerubabbel Key. Other DeMolay awards have also appeared as keys in the past, including PSMC keys (see right.) By the time watch keys went out of style, the dies for these awards had been long paid for, and they were ingrained in the DeMolay program.

Hence, today, we still give out these awards. In modern times, they are suspended from a breast ribbon; but, if you stumble across old versions of these jewels, you'll often find them loose, not being connected to anything. In the early days, they would have been presented and worn using a pin or on the traditional pocket watch chain. Attaching them to a ribbon is a more modern invention, implemented when the trend of watches fell out of style.

So, next time you wear a "key" award, realize you are continuing a trend that is close to two hundred years old!

Posted by PA DeMolay News and Views at 8:32 AM No comments:

Welcome back everyone! With the holidays now behind us, the PA DeMolay blog will resume it's normal posting schedule (Mondays and Thursdays.)

﻿﻿Today's post comes to us from "Dad" Eric Ullom, PSMC and Deputy Executive Officer. "Dad" Ullom recently came across a copy of "The Kommander," which was the newsletter of Auvergne Priory. Priory is a little known program within the Commonwealth. It was originally designed to provide another avenue for leadership for older DeMolays. The program was tried in the 1980's, but fell dark in less than 10 years. "Dad" Labagh has talked about trying the program again, but no final decisions have been made.

﻿
However, as a piece of PA DeMolay history, this document is pretty interesting. Published in March of 1984, it covers some of the activities of the organization right from the very beginning. You'll notice three names on the list officers that are pretty familiar - "Dad" Lee Cram, "Dad" Jess Leidig, and "Dad" Eric Ullom - all of whom serve on our EO's staff to this day. It also shows how the Priory met, in Convocations, twice a year.

Thanks go out to "Dad" Ullom for sending this our way. We're depositing it in the electronic archive for future use.

Posted by PA DeMolay News and Views at 8:30 AM No comments: