Enjoy your holiday - Oh, and learn something while you're here thanks to this infographic! (Click the image to see it larger...)

Posted by PA DeMolay News and Views at 9:04 AM No comments:

Email ThisBlogThis!Share to TwitterShare to FacebookShare to Pinterest
Labels: Holiday, Thanks

Today's post comes to us by way of the internet. I recently came across these awesome graphics that show 18 different ways to tie a tie. The next time you have to get dressed up, try something a little different and regale your Brothers with your skills! 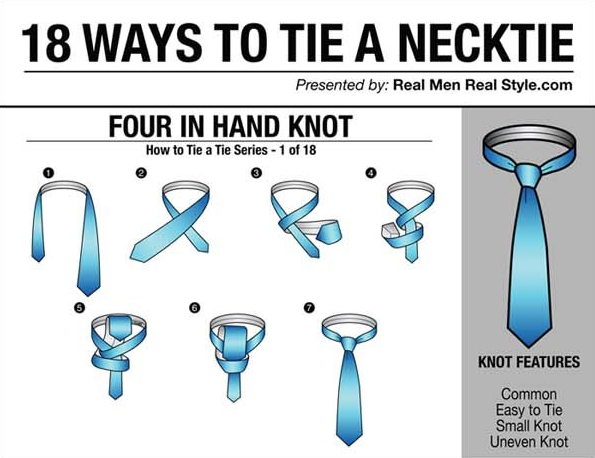 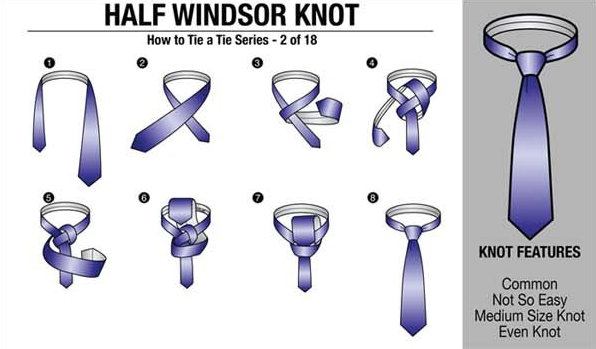 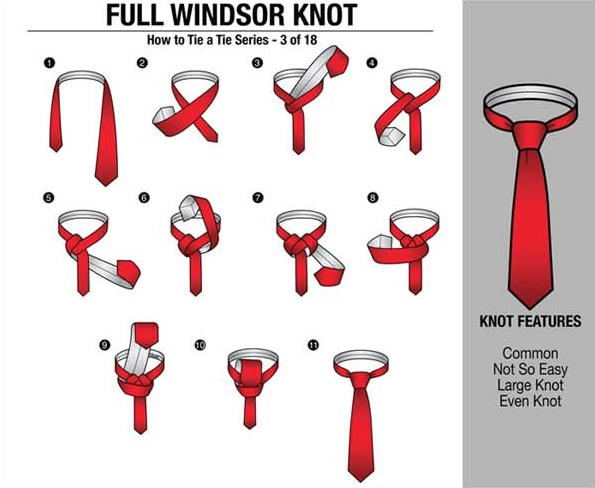 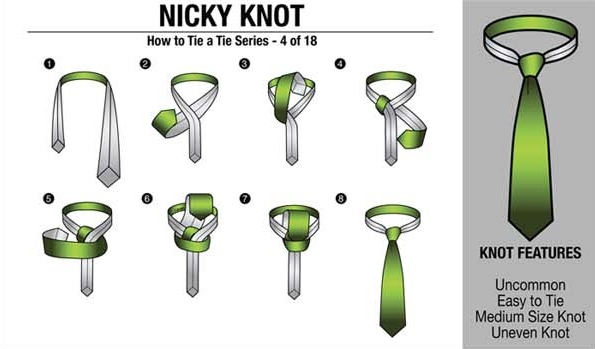 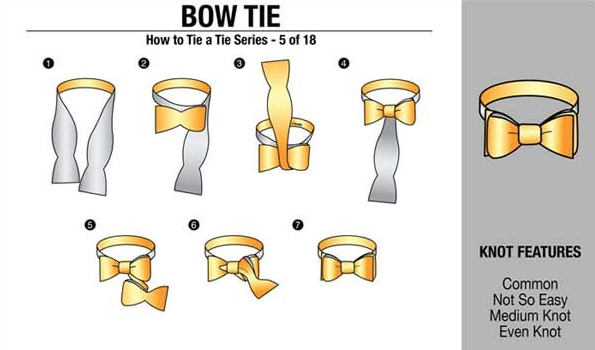 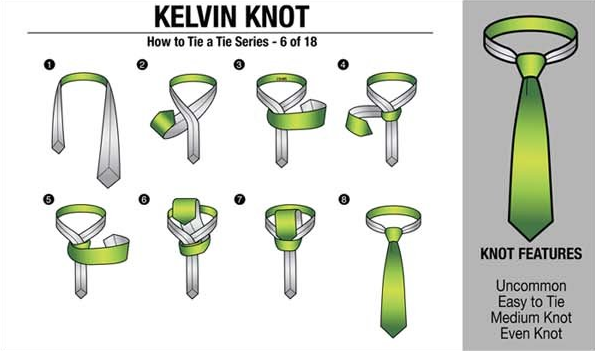 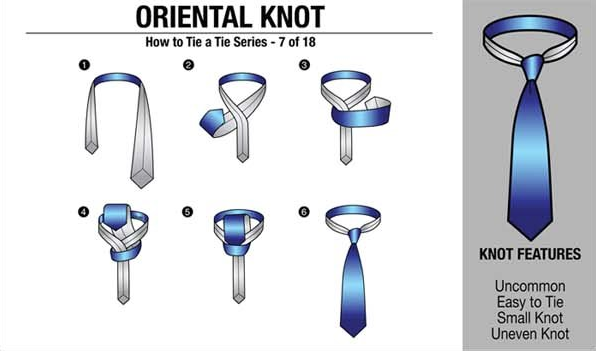 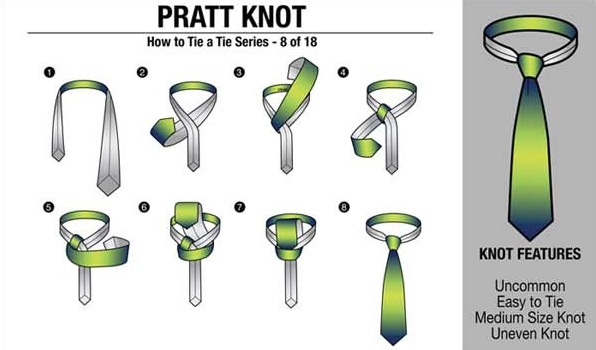 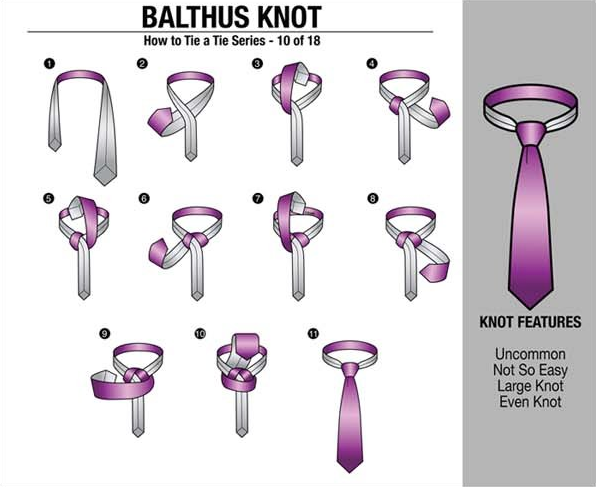 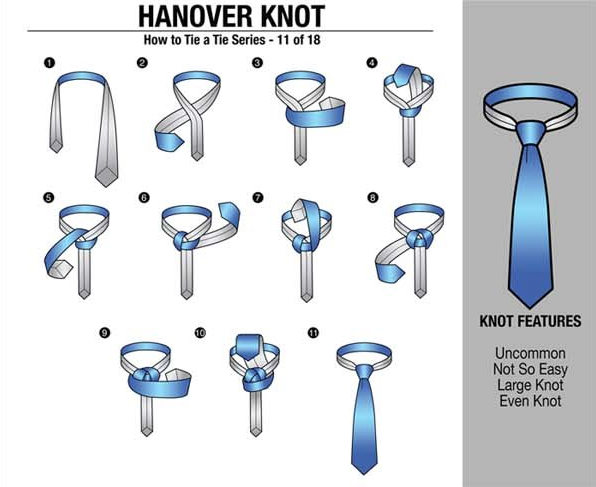 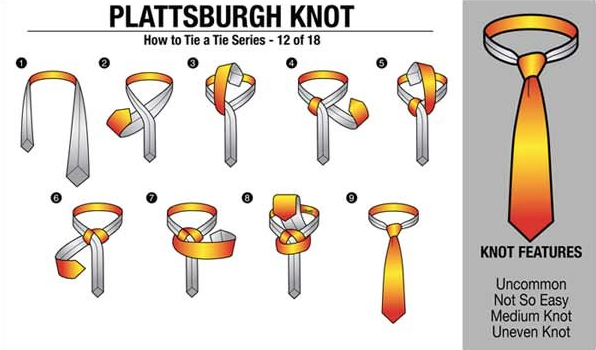 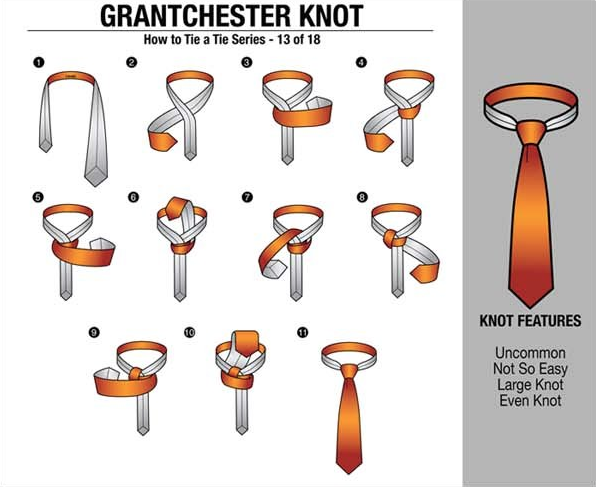 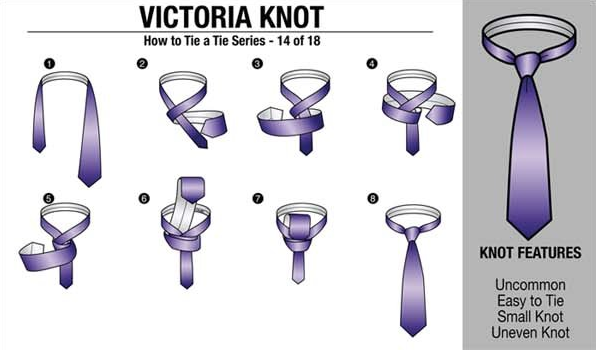 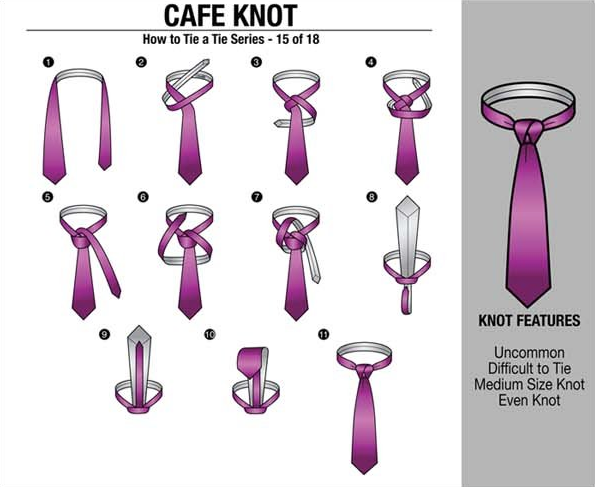 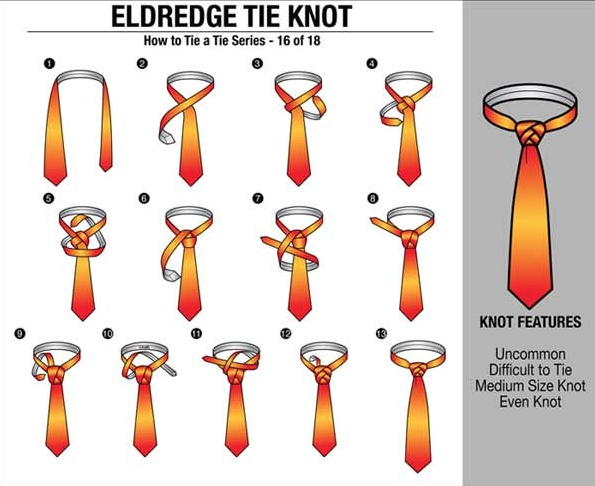 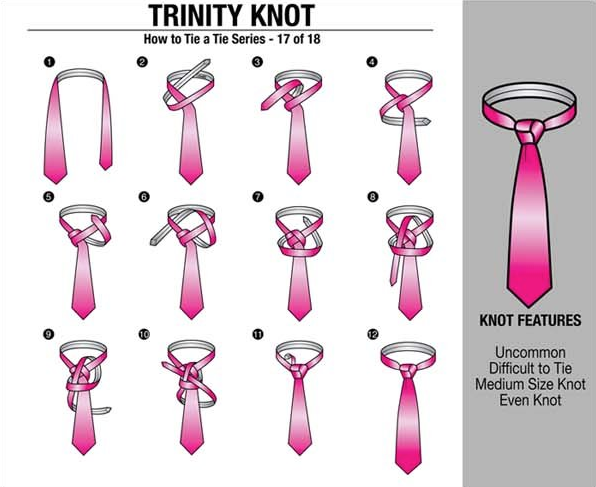 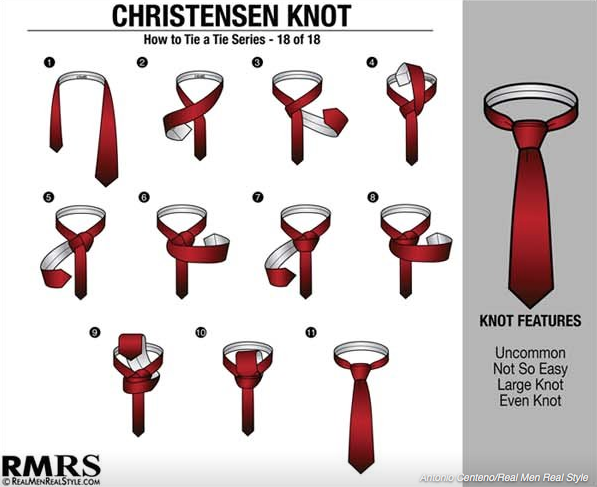 Posted by PA DeMolay News and Views at 3:38 PM No comments:

The Temporal Value of a Memory 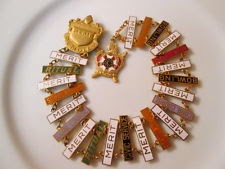 Earlier this week, I received an email that is not all that uncommon. In it, a gentleman was inquiring as to the value of some of DeMolay Merit Bars that had belonged to one of his family members. The man had fallen on hard times and was hoping that it might have some value that could help him with his situation. Sadly, Merit Bars don't have much of an after market, so I had to break it to him that the piece he had didn't have much worldly value.

However, in his email, the man discussed the history of the set of Merit Bars; how it had belonged to an important family member and it had become an heirloom to himself and his children. It was obvious that the thought of parting with the piece to help his situation was tough on him. Fortunately (at least in one way) the value of the piece to he and his family far, far outweighed the value of resale. Thankfully, the bars will stay with him and be passed down to the next generation of his family.

This story brings up a good point. What is the value of the regalia that we obtain? Sometimes, it can be quite valuable monetarily, being composed of precious metals or precious stones. More often, it is simply an outward display of our dedication, rendered in metal with enamel and made to look quite impressive. The regalia has value, not because it's worth money, but rather because it represents the hard work, time, and effort that went into earning it. The medallion and cordon of a Chevalier or a Legionnaire are pretty much nil in terms of metal and materials. But, the sentimental value they retain is priceless for nearly every recipient.

As we approach Thanksgiving, we'd like to thank all of those who have labored on behalf of DeMolay and may have earned an honor or award. In that same vein, we hope that those who have received awards and honors are thankful - not for the physical emblem they have received, but rather for the experiences they've passed through to earn it.

In the words of our motto for our 90th Anniversary - "It's not the honor that you take with you, but the heritage that you leave behind."

Frat! ~ "Dad" Seth Anthony
Posted by PA DeMolay News and Views at 9:00 AM No comments:

Small Talk is a Big Deal

One of the biggest challenges of being a DeMolay State Officer is being asked to engage with others that you may not know in conversation. This could come in the form of a Prospect Party, a formal banquet, or a reception. Knowing how to make small talk and connect in these situations is a key skill and one that often differentiates good officers from great ones.

Check out this video from the Art of Manliness. In only eight minutes, you can have the basic skills of small talk down - skills that will help you for the rest of your life!

The Value of Connections 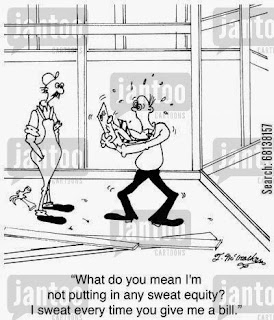 As I mentioned in an earlier blog post, I've recently purchased my first home. While the structure of the home is solid, it requires several "facial" updates. The light fixtures, paint, counter tops, vanities, etc. are all pretty dated. The electrical outlets need to be replaced and some minor plumbing needs to be completed to really make the house new again. This is the "price" I'm paying for having gotten a great deal on the home at well under market value. In real estate terms, they refer to this as putting in "sweat equity."

For the last week and a half, I have worked nearly 100 hours on my new home. I've learned how to wire an outlet, plumb a sink, paint an ugly wall, fix a garage door, trim an overgrown tree, clean my gutters, change a light fixture, and so much more. I was discussing these projects with a Masonic Brother and he asked where I learned to do all of these things. I answered honestly and told him that much of it came from my father, while the rest came from watching videos on the internet. Everything was going very smoothly. Then, last weekend came.

Saturday was a huge day of work. I arrived at the house around 9 AM and immediately got cracking. I had some help, thanks to "Mom" Stacy Meeker, who took on the major task of painting. Then, around 1 PM, Bro. Matt Blaisdell came over and offered to assist as well. He and Stacy took to painting a bathroom while I completed some electrical work. The projects were going well, until I hit an issue with a light switch. It had many more wires than I had previously worked with and I wasn't sure what to do. I tried several combinations. Finally, the light came on and I thought I had it fixed. Then, at the end of the night, when I went to turn the light off, it wouldn't switch off. Drats! I ended up flipping the breaker and left it for Sunday morning. 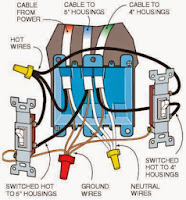 I started working on the switch first thing on Sunday. I spent nearly two hours trying to get the switch to work, with no luck. Realizing that further work was futile, I moved on to the next project - mounting a new light above the vanity in my bathroom. I removed the previous fixture off of the wall, only to realize that the wires were punched through the wall in the wrong place for the new light, stopping that project dead in its tracks. I was frustrated. I was getting angry. I wasn't sure what to do. My new house was causing me much consternation.

It was about this time that I remembered that Bro. Scott Smeltzer, a Senior DeMolay from the old Continental Chapter in York, is an electrician. I called and left Scott a message and he got back to me pretty quickly. I explained my issues and he offered to come to my house on Wednesday to look at my problems. As promised, Scott arrived on Wednesday and got right to work. In an hour and a half, he managed to take care of three projects. I had spent three times that much working on just one issue. He was a life saver, to say the least.

As he was finishing up the job, I asked him how much I owed him for the work. Scott responded "Nothing. This is what Brothers do. I help you, you help me. That's what it's all about." I was blown away. I had never expected him to do the work without cost and had money in my pocket ready to pay him. However, he wouldn't take any remuneration from me (and I tried a couple of times.) 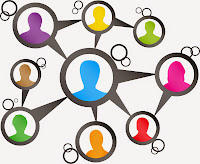 This is the value of the DeMolay program - connections. Over a decade ago, I spent $50 to join Erie Chapter. Since that time, that $50 has grown in ways that I could never have expected. Had I called in an outside electrician, it could have cost me hundreds of dollars and this doesn't even begin to scratch the surface of what the Fraternity has done for me over the years.

The value of DeMolay (and Freemasonry) isn't monetary. It's the connections that it gives you the opportunity to make. If you invest in making, keeping, and supporting your connections, you're investing in a better future for yourself and your Brothers.

Frat! ~ "Dad" Seth Anthony
Posted by PA DeMolay News and Views at 9:43 AM No comments:

You don’t have to be involved with DeMolay for very long before you learn about a man named Frank S. Land or “Dad Land” for short.  Dad Land is known as the founder of the Order of DeMolay, a Masonic youth group for boys ages 12 to 21,  the story of which is shared with many through Herbert Ewing Duncan’s book titled, Hi Dad!  The root of the story is grounded in the relationship that Dad Land had with a young fatherless boy named Louis Lower.

Dad Land, having no children of his own, developed a friendship with Louis and served as a mentor to him.  Dad Land recognized that there were many young men who would also benefit from this type of mentorship from a father figure and discussed the idea with Louis and some of his friends.  This event is known as the birth of DeMolay. 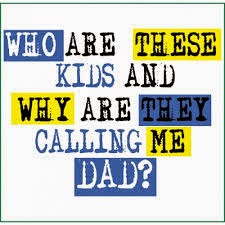 To this day, all advisors are addressed as either “Dad ____” or “Mom ____.”  I must admit that having boys address me as Dad was awkward at first as I have no children of my own, but it was something that I grew accustomed to hearing within the confines of the club or Chapter Room.
A couple of weeks ago, I entered a fast food restaurant and was immediately greeted by the boy behind the counter taking orders with “Hi Dad Kane!”  I was taken back by hearing this greeting outside the walls of the Chapter Room and with others close by who did not know of the customs of DeMolay.  Then, instead of hearing “number 46, your order is ready,” I heard, “Dad Kane, your order is ready.”  I laughed to myself as I retrieved my order wondering what questions were going through the minds of the others in the restaurant.

As I sat and enjoyed my meal, a sense of humility and honor came over me - humility in that did I live up to the example set by Dad Land? Then, honor, by being recognized by a DeMolay as being worthy to be called “Dad!”
Posted by PA DeMolay News and Views at 11:35 AM No comments:

You've mastered the bow tie, but how about the pocket square?

In the last year, bow ties have taken the DeMolay world by storm. They are a quirky, fun alternative to the regular four in hand tie. Even DeMolay International got in on the action with a series of excellent bow ties. Any DeMolay who wants to really show off, now wears a bow tie. So, what's the next step in fashion rejuvenation? Enter, the Pocket Square.

I'm a big of pocket squares, as I feel they add a distinct and dapper look to any jacket. However, just like with bow ties, they require a little finesse to really make right. Check out the handy guide I've posted below on how to fold a pocket square.

Let's see if you can master this! 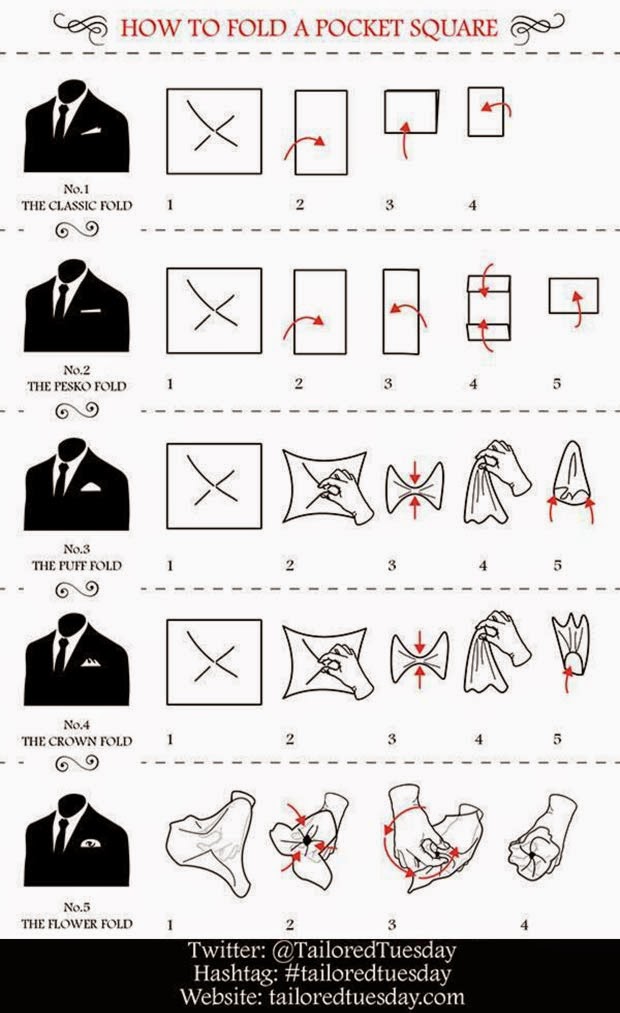 Posted by PA DeMolay News and Views at 8:51 AM No comments: 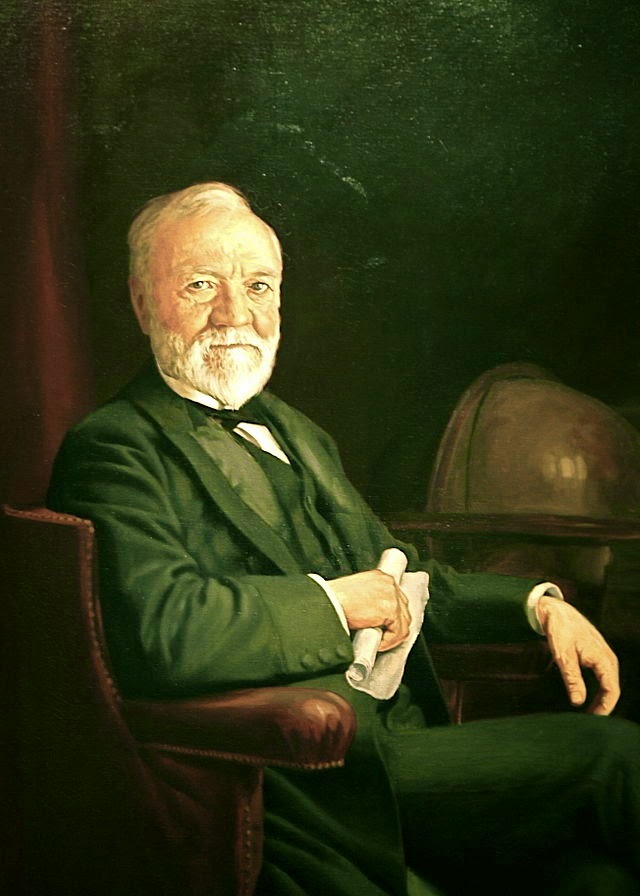 Pennsylvania has been home to many famous public figures, philosophers, and business men. Often, we get tied up in the ideas of Ben Franklin or William Penn. But, another figure looms large, and that is Andrew Carnegie, who's name, reputation, and personal wealth are intricately tied to Western Pennsylvania and the city of Pittsburgh.

Recently, the Art of Manliness Blog wrote a piece about Andrew Carnegie, comparing him to Ben Franklin (a bit anyways) and discussing some of the life lessons that he lived by. Carnegie was a wealthy man, but he always had a charitable cause that he could work towards.