A Man's Need for Ritual 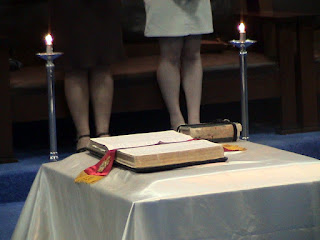 While I had not planned on blogging much over the break, I stumbled across an article online that I had to share with everyone. The folks over at the Art of Manliness are doing a series on man's need for ritual. It's a really great series and everyone should check it out:

Continue enjoying your holidays and I'll see you all in January.

Email ThisBlogThis!Share to TwitterShare to FacebookShare to Pinterest
Labels: Art of Manliness, Ritual

The PA DeMolay blog is taking a hiatus for the holidays. We should return to our regular posting schedule on the week of January 6, 2014.

Happy holidays to everyone!
Posted by PA DeMolay News and Views at 12:19 PM No comments:

Email ThisBlogThis!Share to TwitterShare to FacebookShare to Pinterest
Labels: Holidays

Yes, you guessed that right... "Dad" Anthony is back on his high horse about men's fashion. This time, it's thanks to a timely post by the Art of Manliness that does an excellent job explaining men's "Black Tie" dress. I'll have to give a hat tip to "Dad" Dan Loughin on this one, as it was just two weeks ago that he and I were lamenting the fact that our Elected State Officers are wearing tuxedos less and less; and, when they do, they often aren't uniform. Hey, they're JO's - they get held to a higher standard!

As someone who is often in a tux for Masonic meetings, there is something abhorrent about seeing a tux worn inappropriately. I know it might seem fun to go to prom in a tux that matches your date's dress. But, honestly, once you get into the real world, no one wears colored vests and ties anymore. James Bond was classy in his tuxedo - he wore a classic cut, that fit him well, and that wasn't trying to be innovative. Class is part of the word classic for a reason.

Anyways, here's a video summary of the post from the Art of Manliness.

Posted by PA DeMolay News and Views at 9:35 AM No comments:

I was recently checking out DeMolay videos on YouTube when I came across a magnificent video presentation of the Ceremony of Light performed by Brother Louis Martino down in Texas (but posted by Tennessee DeMolay.) This video shows what can be done when a person knows the words so well that they can then improve on the performance of the Ceremony. Perhaps it will inspire some of you to try to reach this level with your ritual work.

The video does start slowly, but I urge you to stick with it, as it's a great performance.

Frat! ~ "Dad" Seth Anthony
Posted by PA DeMolay News and Views at 10:28 AM No comments: 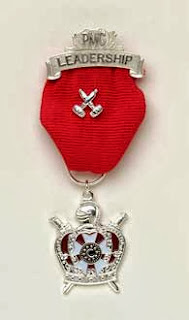 We have been celebrating the 90th Anniversary of DeMolay this year and, in my spare time, I was able to finalize a project that relates to this theme which I wanted to share with everyone. You see, "Dad" Zack Panitzke, and to a lesser extent, myself, have been the keepers of the history of Erie Chapter for the last five years or so. Thanks to some work that was done in the 1970's, and later in the 1990's, we were able to finalize a list of all of the Master Councilors ever to serve Erie Chapter, since its founding in 1923.

This was a major project that literally took several generations of DeMolays to complete. While it may not be particularly relevant to all Chapters, I wanted to publish the list here to show just how many men have served this one Chapter as a leader. When you think about how many Chapters PA DeMolay has had, and how many Master Councilors those Chapters have produced, you realize very quickly the impact our program has had on the Commonwealth. Perhaps this will inspire some of the other Chapters to work on compiling a similar list. So, without further hubbub, here it is!

Posted by PA DeMolay News and Views at 10:59 AM No comments: