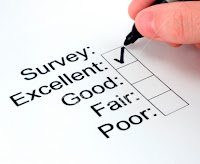 As many of you know, I moonlight as the Director of Convention for PA DeMolay, and we recently just finished up that event for 2010. In general, I feel like the event was a success, but I'm always open to constructive criticism, as well as hearing about ways to improve the program. I'm also all for transparency in what we do, so I'm going to share the results, along with my conclusions, so that you can see how the feedback we receive will impact future events.

After Convention this year, I created a survey that was posted on the PA DeMolay website, as well as sent via e-mail to all of the participants that provided one. You can see the survey here, but it basically asks about the major components of the program, and asks attendees to rate them on a 1 to 5 scale. Pretty simple!

Well, I've gotten 43 surveys back (which is just under 25% of the attendees) and I feel that I have a good representative sample. I received a good mix of active DeMolays (18 total) and adult Advisors (25 total), and the results were certainly enlightening! Below you'll find a graph that shows the average score for each event.

So, what conclusions am I making from this information? Let's first look at the average "Overall" score versus the "Composite" overall score. The average "Overall" score represents the average points given by each person when asked how he / she would rate their overall experience. The "Composite" score is an average of all the scores from each event. The "Overall" average score was 4.09, whereas the "Composite" score was a 3.69. That's a difference of .40 between the scores. This tells me that when asked about the event as a whole, people were more forgiving than when asked about individual events. This could also mean that other, non-rated, factors could be boosting their overall satisfaction (such as a quality hospitality suite, etc.) This is a pretty significant disconnect, and I put more faith in the "Composite" score because of this. Still, a 3.69 out of 5 isn't bad. I'm of the mind that a 3 out of 5 is average, so if we scored above that, it means that we were above average (even if just by a bit.)

The "Composite" average also gives me a baseline to work from when deciding if a particular event was scored above or below average. The first event score, Paintball, was a real shock to me. I heard nothing but good things about paintball at the event, so for it to score the lowest of all of the items was a real conundrum. I inquired a little further with some active DeMolays who I knew that took part and therein I found my answer. The two major complaints, which lowered that score, were the issue of "field paint" only and scheduling. As Convention staff there isn't much control we have about the rules of the facility. The fact that the paint had to be purchased at the field was in boldface letters on the registration, so I'm not sure how we could have made it clearer. I understand that it was a frustrating problem for those on-site, but rules are rules, and we have to comply with the facility. As for the scheduling, I understand that the safety briefing took far too long. When you couple that with the ritual team needing to leave early to practice, I can see why some weren't happy with the event. In my mind the score is low because of scheduling, not because it wasn't fun. If that's not the case, I encourage you to drop me a line and tell me, so that I can know whether or not to plan paintball as a Convention activity for the future.

Fun Fore All averaged a 4 out of 5, which is fantastic. It seems that everyone had an excellent time there, and that the unlimited package that we purchased was the right value for us. I'm going to keep an eye out for these kinds of facilities in the future. 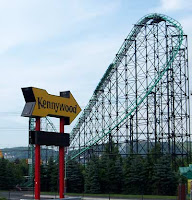 Kennywood averaged a 3.75 total. Again, I think this is a fine score. I also want to remind everyone that Kennywood was chosen over Sand Castle by the participants at Spring Leadership weekend, so the choice was made by the young men. I understand that the buses that we used for transport were warm, and that school buses aren't the most comfortable rides available. Again, to provide transparency, I can tell you that those buses cost us around $11.50 a person. Some people asked why I didn't get coach buses instead. Had I gone with coaches the price would have doubled, and that would have been an added cost for each participant. I guess the question is: are you willing to pay $23.00 a person for an hour and half on a bus? That seems like a lot to me, and I am of the mind that the lower price is preferred to a little extra comfort. Amusement parks tend to do well with our group, and this year was no exception. I intend to keep this in mind in coming years.

A food score of 3.79 is fantastic. One of our biggest challenges each year is to find food options that are both affordable and filling, while maintaining taste (which is a real problem with banquet food.) I think the options this year were well received. Again, to pull back the curtain, the taco's on Friday evening were the most expensive meal. The base price was $18.00 a person, plus 6% tax and 18% gratuity. After factoring in those numbers, the meal suddenly cost us over $22.00 a person. Let it be known, hotel banquet food isn't cheap, but that's the cost of having the event at a nice facility. For upcoming events I am going to continue to try to find interesting and fun food options.

"Dad" Bean's workshop scored slightly below average at 2.92. This was the first time "Dad" Bean had done this sort of workshop, and that average probably reflects that a bit. I am, however, satisfied with this score. I went out on a limb with "Dad" Bean to try and bring in someone different to talk to the members, and it seems to have worked. I've already begun inquiring about other outside speakers for future Conventions.

Finally, we come to the Dinner / Lunch / Business session. A score of 4.07 is outstanding! This is an area where we traditionally struggle, but appears we've finally tapped into the right mix. Things kept moving, and the electronic balloting system once again proved to be a huge time saver. We will be tweaking this in coming years, but I anticipate that the setup we had this year will remain the model for the next few Conventions.

That was a lot to digest! But, we're not done yet. I also want to address some of the comments I received, so that I can explain some other ideas, and help dispel some myths about the Convention program. First, there is a lot of talk about the purpose of Convention (both inside and outside the PA DeMolay office.) There are generally two schools of thought. The first school believes that Convention should be focused on the election, learning more about DeMolay, and doing more fraternal things, like Induction ceremonies and such. The other view is that Convention should generally be a fun event, with the elections and other stuff thrown in for good measure.

I personally believe more in the second theory. We, as a jurisdiction, do very little that is purely fun. Sports tournaments are competitive, and Spring Leadership Weekend is for learning, but Convention is the only pure "fun" weekend we have, and I'm okay with that. I'm not opposed to adding in educational events, but I don't want to see that be the main component of the event. I also don't think it's a place for guys just to get together and "hang out." This is often referred to as "fellowship" time. However, I've learned that having this kind of time is a bad idea. I don't like having guys running around a hotel with nothing specific to do, as this often leads to behavior issues and damages, which we certainly don't want. Also, one of our biggest complaints has been Advisors not keeping track of their members, and this so-called "fellowship" time is where the lack of supervision tends to be the worst.

The topic I'll touch on is issues with the facilities that we use. Over the last few years I've had many people come to me after the events and complain about something. While I appreciate knowing about the issue, this is often much too late for me to try to get it fixed or have the hotel compensate us appropriately. If you have an issue, please let us know about it right away, and we'll do our best to fix it! 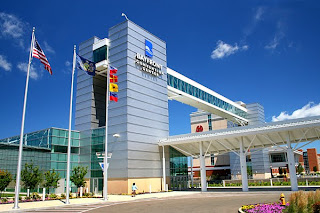 Whew! We're almost done! The final burning question is "where is Convention going to be for the next few years?" I'm leading an expedition to the Mt. Laurel hotel in the Poconos in late August. They've come through with a fabulous rate, and some great activities, and I have a good feeling that's where we will be next year. In September I am attending a gathering at the Eisenhower Inn in Gettysburg, at which time I hope to scout out that facility for use as a possible site for 2012. I'm very excited by the prospect of Gettysburg, as it's somewhere we haven't been in many years, so keep your fingers crossed! Lastly, I have a meeting today with a sales person from the Sheraton / Bay Front Convention Center in Erie. This is my home town, and I want to provide a great experience in 2013, and I think this new facility can do that!

There you have it! Convention in a (rather large) nutshell! As always, I'm available for comments and feedback via this blog or at scanthony@pademolay.org!

Frat!~"Dad" Seth Anthony
Posted by PA DeMolay News and Views at 10:27 AM