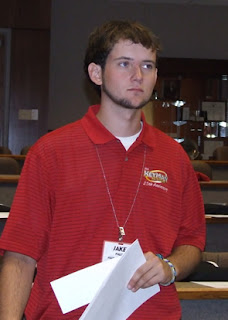 There is an active DeMolay here this week that attended his first Key Man in 2002 and has so much knowledge and experience that Key Man Director “Dad” Greg Schaffer and Assistant Director “Dad” Dave Berry decided to appoint him Youth Director (YD) for the 2010 Key Man Conference. Our "YD" is none other than Pennsylvania’s very own Jake Palo, who in 2007-2008 served as the State Master Councilor.

After he was informed of his position he started to promote the 25th annual Key Man Conference along with assisting with changes that have been made this year. Some of those changes include new dimensions to the JO program, Key Man chapters creating promotional videos, an anti-bullying seminar, and adding a Trivia/Wing Night on Wednesday. 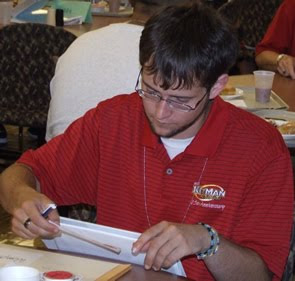 His goal of the program was to make each DeMolay feel as though they have a special role at Key Man and amplify their enthusiasm about the Order. He hopes that they take what they learned at Key Man home to their Chapter and teach those lessons to other members.

When asked what he got out of the program before becoming YD he said “A lot, since, I’ve gone through every aspect of it - including three years as a regular DeMolay, the Jurisdictional Officer (JO) program, and now being a staff member”. 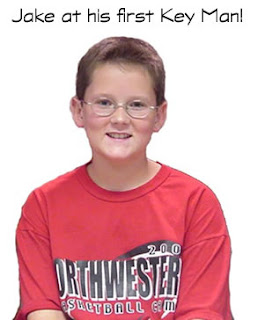 As all Key Men do, he enjoyed the welcoming environment, the friends he met from our neighboring country of Canada, and Brothers from several different states as well.

While being a JO, he loved the even closer bonds of friendship he made with his fellow officers. He also enjoyed being a positive role model for the younger members. Now finally, as a staff member he sees how the whole picture fits together and knowing that “being apart of something that is so much fun and so influential to members” really makes it worth it. 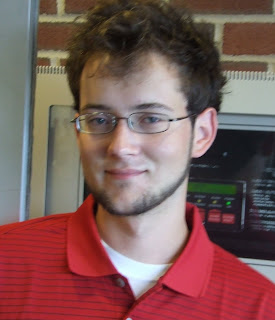 Palo says that, he hopes to continue his DeMolay career by returning on staff in the future, because he knows how valuable of a program Key Man really is!