It's always impressive to see a Chapter receive a proclamation from a local official. Some Chapters are able to get this documentation from the Mayor of their respective city or town, and others reach out to local congressmen and government officials. On a few occasions, which you will see proof of below, Pennsylvania was able to have DeMolay Week proclaimed by the Governor of Pennsylvania.

The first time this took place was in 1963 by Governor William W. Scranton. With him in the photo are several Advisors of West Shore, Camp Hill and Clearfield Chapters, and the State Master Councilor, Ronald Carns. The second was by Governor Milton J. Shapp. Although the year isn't documented on the picture, his term was during 1971 and 1979, so its safe to say it was sometime in the 70's. With him are members and Advisors of Pilgrim Chapter. 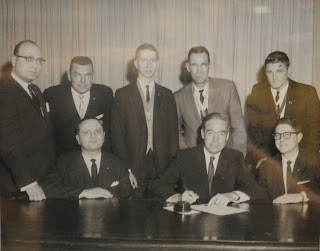 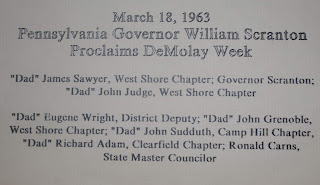 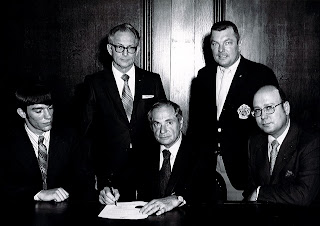 Posted by PA DeMolay News and Views at 4:02 PM