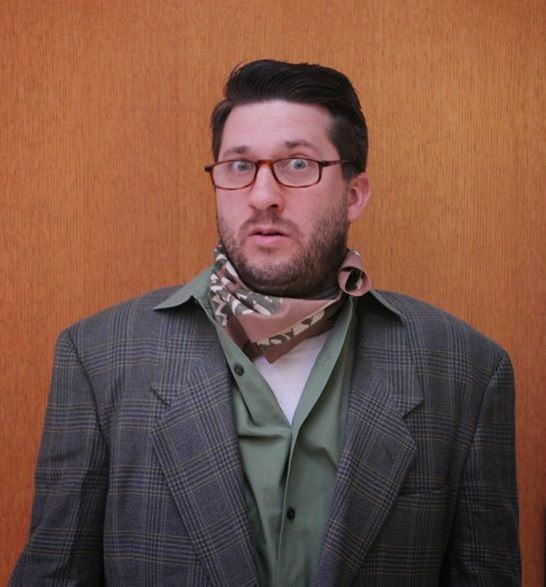 As PA DeMolay prepares for the upcoming C.L.U.E. Spring Leadership Weekend, to be held May 2-4, 2014, at Patton Campus, we thought it high time to introduce you to some of the characters that you'll meet during the weekend. This series of articles will run every Thursday for the next several weeks, so make sure to check back!

Mr. Hunter Tuttu Grön (or Mr. Green in English) was born in Greenland and is the decedent of Gunnbjorn Ulfsson, who settled in Grönland by mistake when his ship was blown off course while sailing from Norway to Iceland.  After many years of trying to survive in this northern tundra, his family jumped the iceberg and moved to the burg of Green, also known as Greensburg, PA, for “greener” pastures and a way to claim recognition for their “infamous” name. With their extensive knowledge and history working with ice, his family thought there would be a huge market for the ice industry and started their own ice manufacturing business.

As a young teen, Mr. Green realized that his passion for all things ice was only shared with his family, so he joined a local DeMolay Chapter in an attempt to spread the word and get others excited about his ice hobbies: snow cone making, curling, figure skating, and ice sculpting.  Unfortunately and despite his efforts, his ice craze could not catch on and he was met with a lot of resistance especially from his peer, “Dad” Body. Dad Body was the leader of the local Chapter and a Charter member.  In fact, he served as Master Councilor for two years. During his reign, he appointed Mr. Green as Sentinel for all four of his terms because he didn’t want to see Mr. Green in the chapter room and thought he was best suited as the outer observer.  In fact, Mr. Green was also the butt of numerous jokes.  He was often referred to as "Seafoam Green" rather than his birth name Hunter Green.  Mr. Green was also never given the opportunity for to perform a speaking part in any of the DeMolay degrees due to his thick accent although, he lost his accent over time. He did however have excellent floor work when preforming the part of Almoner or Hughes de Peralde.

In his spare time, Mr. Green continues to be an ice activist and rallies for the protection of the ice caps.  His passion for his beliefs can be over the top and slightly flamboyant.  Like his DeMolay brothers, political leaders find Mr. Green to be extremely annoying and naïve since science and a certain political party have proven Global Warming to be political propaganda.  Mr. Green is not a sneaky man, but has recently collected incriminating evidence on several characters and their involvement to melt the ice caps or fund anti-global warming programs.   He is the only person who knows about this evidence and is worried others will try and take it.  Therefore, he is ALWAYS on alert…..
Posted by PA DeMolay News and Views at 9:00 AM