Just what is a fez?

Recently, I've had some people question my obsession with fezzes (along with my sanity.) I honestly cannot explain my fascination with these goofy little hats, other than to say they remind me of a golden age of fraternalism, when every man had his club to go to and other men to call his brothers. To me, it represents a time of social interaction and friendship that we seem to have lost today. However, the fez is an ancient adornment, with quite a history. I decided to dig up some facts and share with you the real deal on the history of the fez.

Let's start with the name. It probably came to be known as a "fes" because the red hue, that the hat so often has, is obtained by dying wool with the juices of the "fes" berry. The name was anglicized to "fez" and is now often thought to denote that the little hat first took root in the city of Fez, in Morocco. There is an oft told myth that the red color and name came from the sacking of the city of Fez by Muslims, which resulted in the subsequent killing of thousands of Christians. The story further claims that the invaders dipped their hats in the blood of those murdered, which gave it the red color. This story is a complete fabrication, however, and has no historical merit.

So, what's the real story? The fez is an innovation of the near east, specifically the cost of eastern Africa and the former Ottoman empire (what is today Turkey and it's surrounding countries.) It started as the inner portion of a turban, which would be wrapped around the outside of the hat, but the wrapping was later dropped. It was formally adopted as the official hat of the Ottoman's in 1826 and became so associated with the empire that even today it is spiritually tied to that part of the world. It's wearing became so entrenched that in 1926 the nation of Turkey banned the wearing of the fez in an effort to force it's population to modernize and come out of the Ottoman era.

The fez fad eventually moved West, into the Balkans, where it became a popular fashion statement, especially with the Slavs and Bozniaks during the occupation by the Ottomans. The hat also moved East along with the Muslims who were exploring the world. It quickly became popular in Sri Lanka and Indonesia, where it still remains associated with the Moorish population to this day. 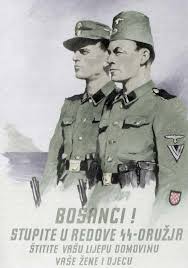 The fez has had it's fair share of dark days, too. A black fez was the adopted head wear of the Italian Bersaglieri units during the fascist regime in Italy in the 1930's and 40's. Some Nazi units also adopted a red fez, but decorated with the "death's head" symbols used by the SS. The red Nazi fez was most often associated with the archeological wing of the 3rd Reich, who were in search of ancient artifacts that would prove German supremacy. Recently, the black fez has been adopted by Muslim radicals, including Mu'ammar Gaddafi in Libya, where the hat is known as the "checheya." Even with all these rough connotations, the fez is still most often encountered in fun settings, or on the heads of hotel clerks and porters in Middle Eastern tourist cities.

How did the fez come to be seen as the hat of relaxation? Well, that's actually pretty simple. During the occupation of the near and far east by the British, around the Victorian era, it became popular for well to do gentlemen to retire in the evening for a period of refreshment and gamesmanship. This usually involved the donning of the fez and a smoking jacket, part of the local culture picked up by the British aristocracy. The practice soon became popular among the lower classes as well, and eventually made it's way back to ol' Blighty where the tradition took hold. This practice was soon lampooned in cartoons and magazines of the day as well, bringing even more attention to it.

So, how did the fez jump the pond and become such a part of Masonic and fraternal culture? In 1870, a group of Masons were meeting at the Knickerbocker Cottage, in NYC, for lunch once a week. Regular attendees to this group soon began thinking that they should form their own organization, by making the lunch club a more formalized Masonic group. Two of the members took this idea to heart, namely Dr. Walter Fleming and William Florence, an a doctor. These two began to collaborate on what the new club should be like. Florence, having just returned from an acting tour in Europe, described a show he had recently seen where the actors portrayed a middle eastern royal court, which would then engage the audience by making them members of a "secret" club for the evening. The show was getting rave reviews and Florence relished in the idea. Fleming was also intrigued, so, he took the ideas supplied by Florence and molded them into what has become the Ancient Arabic Order of the Nobles of the Mystic Shrine, or Shriners.


The first Shrine chartered was Mecca Temple, in NYC, with Fleming as it's first President, known as a "Potentate." Early in it's formation, the Shrine adopted the wearing of a the red fez as a unique distinction for it's members, a practice which has become synonymous with the organization to the present day. As with any good idea, imitators soon followed, and it wasn't long until fraternal groups all over the country began using fezzes as a symbol of their fellowship. DeMolay was one of these adopters as well, with many parade and drill groups in DeMolay taking on the fez as their hat of choice. Fezzes are certainly not new innovations in the fraternal world, that's for sure!

So, there you have it - the curious history of the eccentric little hat, known as a fez!