With another Convention down, a new group of young men have taken over the leadership of PA DeMolay, guided by Tom Moyer, our new State Master Councilor. I've had the pleasure of working with Tom over the last year or so, and we've talked a lot about membership. We took some time to talk about his goals as SMC, and how he wanted to impact our membership number. After some discussion with Tom and his other officers, the "Take Control!" theme was born.

It has become very easy to let Advisors run the DeMolay program. They don't take over out of some malevolent desire. In fact, it's quite the opposite. They end up in charge because of how much they love the program, and don't want to see it fail. Rather than letting the young men learn to plan and execute, and in some cases fail in the process, they assume the reins and begin to make phone calls, send letters, and do other tasks which should really devolve to the Master Councilor and his officers.

DeMolay provides a safe environment where it's okay to fail. Did you hear that? Let me say it again. It's okay to fail. It's often been said that you learn more from failing than from success. Are the young men in your Chapter really learning anything by letting the Advisors do the work? Of course not! Let them try to plan a paintball outing. If they succeed, the rewards are built in, thanks to the activity. If they fail, so is the punishment, in that they don't get to go have a good time with their friends. If this kind of event fails to happen, it's not the end of the world, as long as you debrief the event with them and help them understand how it could have been more successful. Let the guys take a leap of faith, and see what they can do. 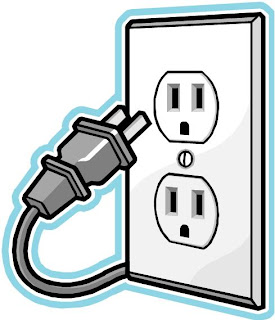 So, while our young men are Taking Control! what are the Advisors supposed to do? The answer is simple; unplug. That's right, unplug. Cut the power. Let go. Take off the safety wheels, and let the young men run the program they are supposed to run. This isn't to say that the advisors don't have a role in youth protection and risk management. That is still their primary concern, but rather think about each event and determine if its success or failure really will impact the overall Chapter program in the long run.

Knowing WHEN to let a failure occur is the difficult thing. Failing to hold an Educational Day observance may seem like a small thing now, but when the Master Councilor goes to apply for his PMC-MSA, it becomes a much bigger deal. What is an Advisor to do? Explain to the Master Councilor what he's missing from his program. If he fails to plan the event, then it's up to him to explain why the event didn't happen. If he was really going for his MSA this could be a big blow, but learning to follow the rules and the boundaries of the program is an important life skill that shouldn't be short changed. The question is, will this individual failure have a serious negative impact on the Chapter as a whole? There is no right or wrong answer to this question-- it is situational and the decision is often based on the Chapter's current strength. 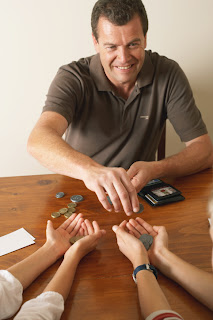 Sometimes an Advisory Council cannot just unplug. For example, financial transparency should be the norm in every Chapter. The young men should know exactly how much money they have at any one time, and the Advisory Council should be performing self checks on the financial statements each month. Remember the line from "DAD" training - "their money, our stewardship." Unplugging doesn't mean Advisors aren't involved. Instead, in this case, they are more like a financial watch dog. The young men should meet with them to discuss their financial needs and goals, and come up with a plan to make it reality. Again, notice who is coming up with the plan; not the Advisory Council, but the young men.

Unplugging isn't easy, but this is a theme for Advisors that PA DeMolay is going to use all year, in conjunction with the young men who Take Control!. If you are an active DeMolay, ask yourself, "What am I doing to take control, and show my Advisors that I am ready and able to be in charge of my Chapter's future?" If you are an Advisor I encourage you to ask yourself "How can I unplug, and let the young men become the drivers of our Chapter's success while still maintain a safe environment?" Now those are some tough questions, but the answers will pay dividends that cannot be counted in dollars and cents.