A Burning Ring of Stress 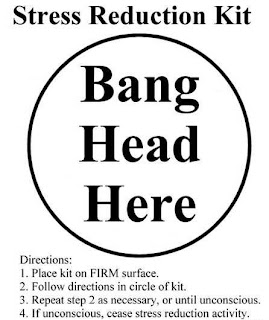 So, here we are, less than one week away from Convention, which is arguably one of the most anticipated events on the PA DeMolay calendar each year. For the last two years I have served as Director of Convention for PA DeMolay (in addition to my duties as Director of Communications for PMYF), a job which I enjoy. However, just because I enjoy it, doesn't mean that I don't find it stressful.

For 51 weeks of the year the job of the Director of Convention is pretty easy. You do some planning, make some phone calls, and keep people in the loop. Heck, even the budgeting isn't all that bad. Everything seems all "hunky-dory." Then, out of nowhere, the 52nd week arrives, and your life degenerates into one giant stressful quagmire of last minute preperations. Welcome to the 52nd week!

This year isn't quite so bad, but I am still a giant ball of stress (I've literally had nightmares about this program going wrong for the last week or so.) Early on I became wise to the ways of Convention during my stint as the Assistant Director, and one of my first decisions as Director was to create a staff of DeMolays and Advisors to help run the program. I quite honestly wouldn't know what to do if I didn't have these folks. "Dads" Justin Killian and Zack Panitzke are two of my closest friends, and it was to them that I looked to first for help in rounding out the program as Assistant Directors of Convention. As you enjoy Paintball, Fun-Fore-All, and Kennywood at this year's Convention, remember that "Dad" Killian and "Dad" Panitzke have been working on negotiating and securing these events for the past 6 months! This certainly doesn't happen over night! 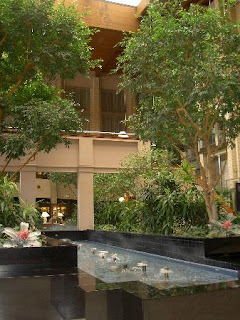 Often, people get confused over what the job of the Convention staff really is. Sometimes people think we're Advisors to watch all of the guys. Wrong. Sometimes people think we're kings, and that everything that happens there is up to us. Also wrong. Really, our job is quite simple. The Convention staff is tasked with securing a Convention venue, ensuring that rooms are provided for guests, that meeting space is apportioned and set up correctly, that meals are provided for, and that entertainment is planned, all within the frame work of a budget. What does that mean in simple terms? We provide the rooms. What happens in the rooms is up to the people in charge of that part of the program. For instance, we have nothing to do with the agendas for the luncheon and the business session. As long as there is a room, and there is food being served, we are in good shape. Beyond that is out of our hands.

We, as Convention staff, do our best to make Convention a fun and enjoyable experience for both the DeMolays and Advisors in attendance. This is the most expensive program that PA DeMolay runs each year, and it's quite a large program if one looks at the dollars and cents. All we ask, as Convention staff, is that the attendees follow the rules and have fun.

It's a pretty simple program when you look at it that way. Follow the rules, and have fun!