Centennial Memory #40: Message from the Grand Master in 1923

As it's well documented in our history, the Grand Commandery was the driving force in forming Pennsylvania DeMolay. The first two Chapters, one of which we discussed yesterday and the other will be discussed tomorrow, were coordinated by "Dad" Ralph Minehart and "Dad" Louis Strassburger, both of whom had served as Grand Commander of the Knights Templar. Although not the driving force of the formation, the Grand Lodge of Pennsylvania had been supportive from the very beginning. Below is a message from the R.W. Grand Master, A.M. Beitler, commending the formation of the Order of DeMolay in Pennsylvania, read by "Dad" Ralph Minehart during a meeting of the Past Commander's Association of Division No. 2, K.T. The meeting was held January 1, 1923, roughly a month before the first Chapter was instituted. 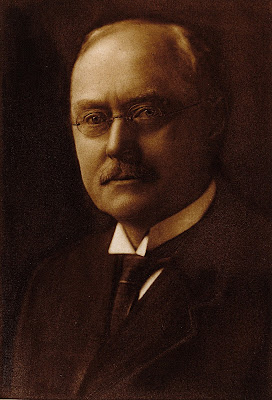 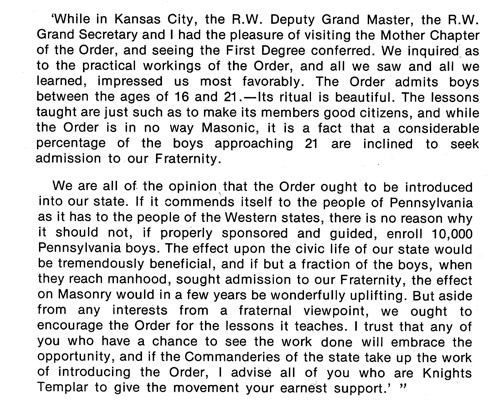 Posted by PA DeMolay News and Views at 3:32 PM