When does the six o'clock news start? 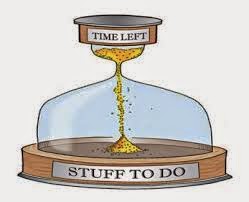 The other day, "Dad" Dave Berry, Executive Secretary of PA DeMolay, was waiting for a ride to an event. The ride was several minutes late and "Dad" Berry was becoming impatient. He remarked to me about how it seems that people are getting worse and worse at arriving to places on time or meeting deadlines.

It's a trend that I've personally witnessed in both my professional and Masonic careers. In general, people have become more lackadaisical about arriving to appointments on time or meeting deadlines assigned to them. No longer is "early the same as on time." Rather, you're lucky if people arrive when they say they will - and more often than not, you settle for people being up to fifteen minutes late. Deadlines are hardly that any more, as having materials turned in within a day or two of a due date has become acceptable. It's a sad state of affairs.When I worked at Games Workshop, I picked up a story that applies to this issue perfectly.

A college Broadcast Communications Class was having a final exam, wherein they had to produce a full, half hour television news program. The show was to begin at 6 PM, sharp, and include all of the items that a normal news show contains. The class did an amazing job - the news was timely, with sharp writing; the weather was clear and concise; the interest stories were moving and well planned. The class thought they had aced the final. Sadly, they were mistaken, as each and every one of them received a failing grade. Outraged, they went after the professor asking him why they failed and demanded an explanation. The professor asked them what time the program was supposed to start. One student responded 6 PM. The professor played back the recording of the program, pointing to the timer in the lower, right hand corner of the screen. He asked the class what time was shown. A student responded "6:03:25."

"... and that's why you failed. The six o'clock news doesn't start at 6:03. No matter how good your program is, if you can't start it on time, then no one will watch it."

Consistent, well regulated time management skills are the most important thing a young person can learn today. If you can master managing your own time, you'll already be leaps and bounds ahead of those around you.