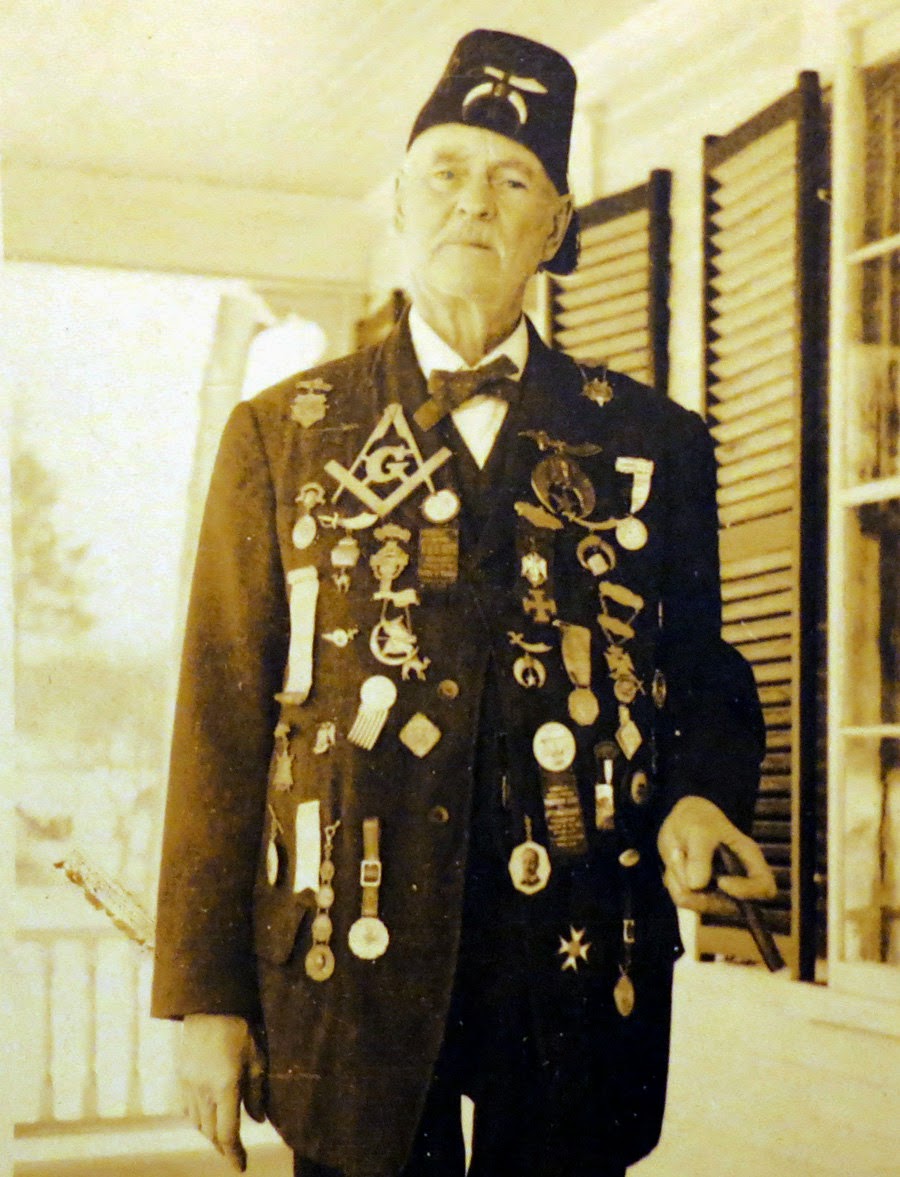 The first time I encountered the term "double letter foul" was from "Dad" Brent Richards. He was explaining the proper wearing of DeMolay regalia when he told us not to "double letter." Confused, I asked him what he meant by this. He explained that in the collegiate Greek fraternity system, it was considered bad form to wear more than one garment or piece of jewelry proclaiming your fraternity allegiance at one in the same time. If you were wearing your fraternity hat, you didn't also need to wear a fraternity sweatshirt. It was a simple, unwritten rule to keep people from going over the top.

I often see this happen with the multiple wearing of lapel pins and honors. Remember the old rule - one of each! You should wear no more than one honor or award around your neck, on your lapel, on your pocket, and on your hand. Also, as much as possible, they should all be for different things.

Whenever you are representing DeMolay in public, remember to wear only one DeMolay piece of clothing at a time. If you are wearing that awesome new shirt your Chapter just had created, you don't also need DeMolay shorts and a DeMolay hat. People will notice your shirt and ask you about it. They won't be any more inclined to ask you if you wear three more additional versions of the same logo. If they are interested, they'll ask. If not, they won't.

This issue isn't just limited to DeMolay! I see members of the Masonic Fraternity double lettering all of the time! More people than you may realize notice choices such as these and make judgments about the wearer without even knowing. It's always better to be safe and wear your affiliation in moderation. Be proud of what you have earned, but don't overdo it!

Posted by PA DeMolay News and Views at 9:16 AM