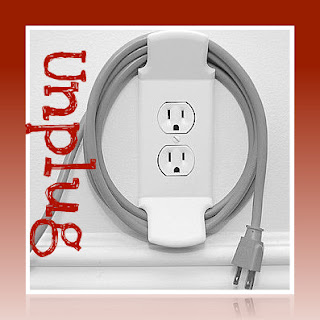 I must admit, this is the third different blog post I have started today. That doesn't mean that I've written three - hardly! It means that I've attempted to write a post three different times, but the first two just didn't strike a chord with me. I had a bit of the old writers block. Then, as if by magic, the following appeared in my inbox.

From: "Dad" Bruce Neubauer
To: "Dad" Seth Anthony
Re: Unplugged

As you know I had read the blog on "Unplugged." We, the Advisors at Westmoreland Chapter, have been backing off for quite a while. We have seen some improvement over the last few months with the young men and we have taken a bold step moving forward. At our Advisory Council meeting last night we put in a new policy for the Advisors . We have a big jar with an unplugged power cord in it - it is out unplugged jar. Every time an advisor talks at the meeting, without having been put on the agenda in advance, or having been called on by the Master Councilor, they must put a dollar in the jar. We have told the young men that we are there to help in any way we can, but the Chapter belongs to them and they need to know what they want to do at the meeting, in advance, and follow through. Last night there were only 2 times an Advisor had to remind them that they needed to act on am important issue, but the members saw the advisor put the money in the jar and after the meeting they were advised about a couple other things they forgot during the meeting. This will make them think about what they must do.

As I stated before, when you have a chapter of newer members the Advisory Council must give them the tools to conduct business and run the chapter. Once you notice that they possess the tools, then it is time to bring out the unplugged jar.

Wowzers! It makes me feel really good to hear about Adivsors who read the blog and then act on some of the information they read in a new and positive way! Thanks "Dad" Neubauer for sharing!

So, what is your Chapter doing to Take Control! and Unplug?

Frat!~"Dad" Seth Anthony
Posted by PA DeMolay News and Views at 9:23 AM