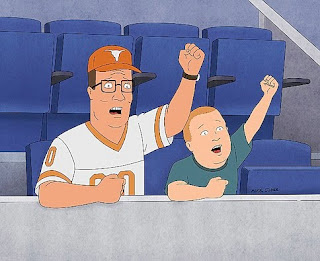 With yesterday being Father's Day, I thought today would be a good time to take a second look at our first Precept, Filial Love. Often this Precept is thought of as "sappy" or otherwise derided. I can firmly say that without that Precept, not one DeMolay would exist, as it's our parents that give us everything we have, and without them, we wouldn't have an organization.

Everyone is familiar with the Flower Talk as a way to thank our Mother's for what they have given us, but when was the last time you thanked your father? Not just for the physical things, but the emotional support and guidance as well? Perhaps it was your father who taught you to play sports, go hunting or fishing, or even how to use a computer. Where would you be without his love and guidance? I know there are quite a few rhetorical questions in my ramblings above, but I just ask that you think about how important your father has been in your life.

Another important aspect of this conversation regards our other Dads, meaning, our DeMolay ones. They are a vital part of our organization, and teach young and old alike skills that can't be found in school or in books. When was the last time you simply thanked the Advisors from your Chapter? A "thank you" can go a long way!

As a side note, I was curious as to where the tradition of Father's Day originated. Thanks to quick Wiki search, I had my answer, which I now share with you:

Father's Day is a celebration inaugurated in the early twentieth century to complement Mother's Day in celebrating fatherhood and male parenting. It is also celebrated to honor and commemorate our forefathers. Father's Day is celebrated on a variety of dates worldwide and typically involves gift-giving, special dinners to fathers, and family-oriented activities. The first observance of Father's Day is believed to have been held on June 19, 1910 through the efforts of Sonora Smart Dodd of Spokane, Washington. After listening to a church sermon at Spokane's Central Methodist Episcopal Church in 1909 about the newly recognized Mother's Day, Dodd felt strongly that fatherhood needed recognition, as well. She wanted a celebration that honored fathers like her own father, William Smart, a Civil War veteran who was left to raise his family alone when his wife died giving birth to their sixth child when Sonora was 16 years old.

The following year with the assistance of Reverend Dr. Conrad Bluhm, her pastor at Old Centenary Presbyterian Church (now Knox Presbyterian Church), Sonora took the idea to the Spokane YMCA. The Spokane YMCA, along with the Ministerial Alliance, endorsed Dodd’s idea and helped it spread by celebrating the first Father’s Day in 1910. Sonora suggested her father’s birthday, June 5th, be established as the day to honor all Father’s. However, the pastors wanted more time to prepare, so on June 19, 1910, young members of the YMCA went to church wearing roses: a red rose to honor a living father, and a white rose to honor a deceased one. Dodd traveled through the city in a horse-drawn carriage, carrying gifts to shut-in fathers.

It took many years to make the holiday official. In spite of support from the YWCA, the YMCA, and churches, Father's Day ran the risk of disappearing from the calendar. Where Mother's Day was met with enthusiasm, Father's Day was often met with laughter. The holiday was gathering attention slowly, but for the wrong reasons. It was the target of much satire, parody and derision, including jokes from the local newspaper Spokesman-Review. Many people saw it as the first step in filling the calendar with mindless promotions.

A bill to accord national recognition of the holiday was introduced in Congress in 1913. In 1916, President Woodrow Wilson went to Spokane to speak in a Father's Day celebration and wanted to make it official, but Congress resisted, fearing that it would become commercialized. US President Calvin Coolidge recommended in 1924 that the day be observed by the nation, but stopped short of issuing a national proclamation. Two earlier attempts to formally recognize the holiday had been defeated by Congress. In 1957, Maine Senator Margaret Chase Smith wrote a proposal accusing Congress of ignoring fathers for 40 years while honoring mothers, thus "[singling] out just one of our two parents" In 1966, President Lyndon Johnson issued the first presidential proclamation honoring fathers, designating the third Sunday in June as Father's Day. Six years later, the day was made a permanent national holiday when President Richard Nixon signed it into law in 1972. 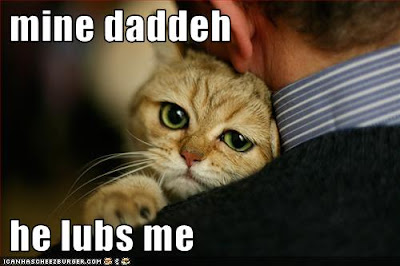 In addition to Father's Day, International Men's Day is celebrated in many countries on November 19 for men and boys who are not fathers.

So, what did you do to honor your father yesterday?