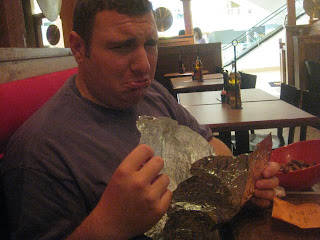 Whew, I just got back from Dallas and let me tell you something, that's quite a distance away. (1300 miles away to be exact.) Let me just fill you in on some of things that took place in the Lonestar State. On Tuesday, when we arrived, I was greeted with 95 degrees of heat, compared to the 75 that I left behind in Pennsylvania, there was a significant difference. We pretty much just hung out Tuesday and met up with fellow Pennsylvanian Chad Reichard (Nations Capital Deputy Jurisdictional Master Councilor), and went out to Chilli's, which if you didn't know, is Dad Boyce's favorite place to eat during trips to DeMolay International. After Chilli's we had some more fun at the movie's. Anyway, on Wednesday we woke up and went to downtown Dallas to learn more about President Kennedy's assassination. We took a tour of "The 6th Floor" a Museum actually on the same floor that Lee Harvey Oswald shot JFK. I stood 5 feet away from the spot where the actual shots went off, it was eerie! 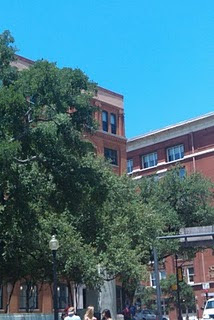 Following the tour we went out to do some investigating of our own, Howard played in traffic while I snooped around the grassy knoll. After our fun endeavors while Downtown, we headed back to the amazing Hilton Dallas. The opening session of the congress started that night and the question was finally answered Dallas does know we're here! Thursday opened with breakout committiee meetings (I chose ritual and regalia while Howard chose Honors and Awards). The groups discussed challenges that the jurisdictions had and how other jurisdictions work through their own problems. It was a big eye opener as to how other jurisdictions worked! Well I have to get to bed, more to come soon!