Pennsylvania DeMolay has always had a very successful relationship with the fellow Masonic Youth Organizations; Rainbow, Job's Daughters, Knights of Pythagoras and Ruth Mitchell Tucker Girls. At the 2006 PA DeMolay Convention, the relationship between DeMolay and the Knights of Pythagoras, a male youth organization sponsored by the Grand Lodge of Prince Hall, became a little stronger. 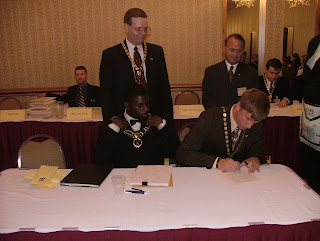 "NOW, THEREFORE, BE IT RESOLVED THAT we, the members of The Order of DeMolay in Pennsylvania hereby adopt this resolution of mutual respect, recognition and fraternal love for our Brothers of The Order of the Knights of Pythagoras in Pennsylvania, and encourage visitation to stated and special meetings, as well as participation in shared programs of education, athletics, ritual and fun."

Up until that point, DeMolay and Knights of Pythagoras worked together as much as they could. They participated in Brotherhood Weekends, including the one taking place earlier that year entitled "Brotherhood Evolved: Road to Glory." DeMolay is proud of the ongoing relationship we have with the members of Knights of Pythagoras. I'm proud to say that I am still friends with Terrence, and a few of the other members I had the privilege to meet during my time in DeMolay. 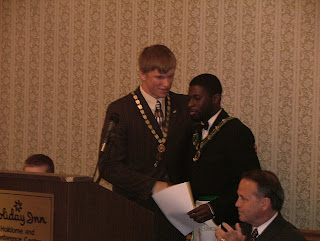 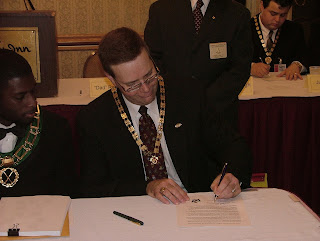 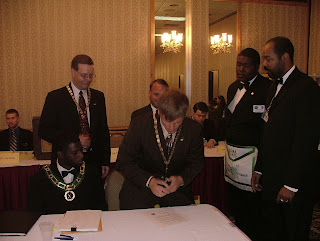 Posted by PA DeMolay News and Views at 2:14 PM