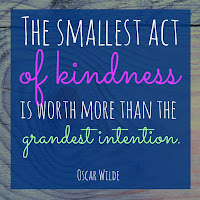 The other day I was looking around on Facebook and saw a story that really caught my attention. “Dad” Labagh shared a story from David Miller, the current Deputy State Master Councilor of Virginia and graduate of KeyMan University. David was at a gas station filling up his truck. He still had a long distance to travel, while only having just about $12 on him. He used all of the cash he had and started to pump his gas. As he was pumping, he realized that the pump was filling more than he paid for, and in a panic, tried to figure out how he was going to pay for it. As he walks to the cashier to figure out what happened, Before he had a chance to go inside, the man in line behind him told him to keep pumping because he put $40 on his pump. David was amazed that a random stranger would do such a good deed to make sure he could get home.

When I first read this story, and even now, I found it really great that there are still good people that willingly do selfless deeds for people that may not even know. It made me think when the last time I did something like that. Sure I've done the normal opening doors for people and I gave a cashier a dollar for a small child that was a dollar short at the Elizabethtown Fair, but nothing to this caliber. As part of DeMolay, we are taught to be courteous of others, but an occasional random act of kindness never hurt either. David will remember this good deed for the rest of his life. How can we affect the lives of others. I challenge everyone reading this blog post to go out and perform a good deed for someone, whether someone you know or don't know.

Until next time - "Dad" Joe Pullin
Posted by PA DeMolay News and Views at 2:37 PM