The Future of DeMolay - Part II

First, let me apologize for the lack of a post on Monday; with the weather and what not, the blog was not the first thing on my priority list. But, now we’re back action, hopefully with another thought provoking piece. As with before, this piece is entirely my own opinion and does not represent the opinion of the officers of PA DeMolay in any way. 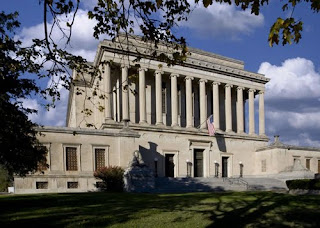 In my last post to this blog I discussed the idea that DeMolay needed to get back to its roots of helping guys who aren't the all stars of the school, but rather those who have great potential which is being under valued. I also coupled this idea with a socio-economic piece that posited that DeMolay has more potential for lower income youths. This is the piece I want to expand upon.

When DeMolay was founded, Louis Lower and his friends could walk to the Scottish Rite building in . They didn't need anyone to drive them there. They were members of the local community and their meeting place was a convenient gathering point for all involved. Had the Scottish Rite been in the “rich” part of town, or otherwise inadequately located, one of two things would have happened – the boys would have met elsewhere or DeMolay wouldn't exist. Thankfully, it does, but we have a lesson to learn from this.

The Masonic fraternity is a huge supporter of DeMolay. Many Chapters get the benefit of meeting in a Masonic Lodge, often for free. However, what good is a building if no one is willing or able to go to it? I’ve heard, more than once, Advisors complain about having to bus kids from their homes to the meetings. This begs the question of “Why?” The answer I hear most is that the parents are unable or unwilling to transport their son to the meeting, even if he really wants to go. So, what is a Chapter to do?

The answer seems pretty simple to me – move your meetings!

I can hear the hew and cry now – “Heresy!” But, let’s take a step back and analyze everything that is at stake here. Louis Lower and his friends were from lower middle class and lower class households. DeMolay gave them something they didn't have elsewhere – a safe place to belong. Today, DeMolay often exists in middle class and upper middle class neighborhoods. I don’t mean to say that it is exclusively the territory of these groups, but it predominantly is. DeMolay grew because it tapped into a need for a group catering to young men in an under represented area. These kids weren't “bad,” they just didn't have as many opportunities. So, with that in mind, it would seem only reasonable that recruiting this type of young man would be beneficial to the organization. Where do we find this new recruit? Why, different neighborhoods of course! 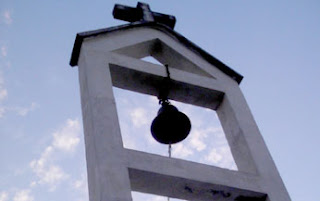 DeMolay needs to take up the banner and go into these areas, as that is one way that we can grow. The Hispanic population in is on the rise and will be for some time. Yet, there are few organizations for young people operating in predominantly Hispanic neighborhoods. What if a DeMolay Chapter formed and met in a church that was within walking distance for all of these kids? How popular would that be? The chances that those young men would be able to go to a Masonic building on the other side of town is pretty slim, but a local church of community center might just do the trick.

I challenge you – rethink the DeMolay program. You can have Lodge support without meeting in a Lodge and you can be DeMolay anywhere. Frank Land and the original nine knew that, so why don’t we?

Frat ~ “Dad” Seth Anthony
Posted by PA DeMolay News and Views at 9:26 AM