Thanksgiving with a Twist 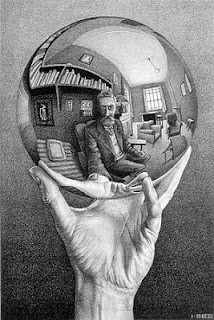 In a recent discussion among members of a Masonic group, the topic of awards and honors came up. This group, as a whole, offers no nationally sponsored awards or honors to recognize members and how have been instrumental in the success of the program. When this idea was brought to them, many said they were happy that no such award existed. This perplexed me a bit. Having come from a DeMolay background, I see great value in well used awards and honors.

Their concerns generally came in one of three ways. First, they didn't like the idea that people would be "in it" for recognition. Next, they were concerned over the hurt feelings that might come up as a result of someone not being recognized. Lastly, many felt that the positive feelings they get from serving was reward enough (and should be enough of a reward for everyone else too.) While I understood their concerns, I found it hard to accept that the bad outweighs the good when it comes to rewarding our members for a job well done.

However, they bring up some good points. Everyone, at some point in their life, gets passed over for a promotion, an award, or something else they truly believe they deserve. As we approach the Thanksgiving holiday, it becomes a good time to reflect on what you are truly thankful for. While being a Chevalier is a great honor, many will tell you that the events leading up to receiving the cordon of a Chevalier are much more important than the actually knighting. The real "reward" was the enjoyment building up to the receiving of such an honor, not the intrinsic value of what was given.

As you look back on your DeMolay experiences, don't just think about the things that you didn't do, or the things that didn't work, or even the awards you think you deserve. Think about what a wonderful time you've had in the organization and be thankful for that. I know I am.

Email ThisBlogThis!Share to TwitterShare to FacebookShare to Pinterest
Labels: Awards, Holidays, Thank You