As announced at Convention, PA DeMolay is taking another run at DeMolay Knighthood, otherwise known as Priory. Knighthood is for young men from the ages of 17 to 21. It is a subordinate body within DeMolay, helping support the Order of DeMolay in it's Jurisdiction.

In the early part of the 1980's, PA DeMolay made an attempt at Knighthood with the Auvergne Priory. The organizational meetings took place in March of 1983, with the official institution of Auvergne Priory taking place on October 29, 1983 at the Scottish Rite Cathedral in Harrisburg. The forming of the Priory was put together by "Dad" Charles S. Canning, and Advisor of Allentown Chapter and, at the time, Very Eminent Deputy Grand Commander for the Grand Commandery of Knights Templar.

You may remember the name Auvergne, as the part of Geoffrey de Charny was previously known as Guy of Auvergne. Auvergne, or de Charny, stood at the side of Jacques DeMolay even unto death. This name was taken for the Knighthood Priory to demonstrate that they would stand at the side of Pennsylvania DeMolay even upon the roughest of times. At least that is the reason that was given. As explained by "Dad" Allen Moyer, who was an Advisor for the Auvergne Priory throughout its existence, the secondary reason was because the letter "A" would put Auvergne Priory at the priority of any publicized listing, allowing them to be seen first. Here are some documents from the forming of the priory, including a picture of the first group. 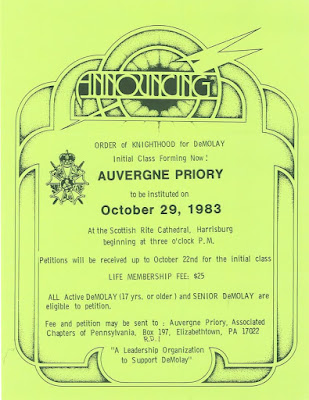 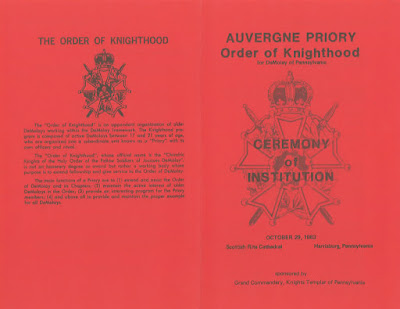 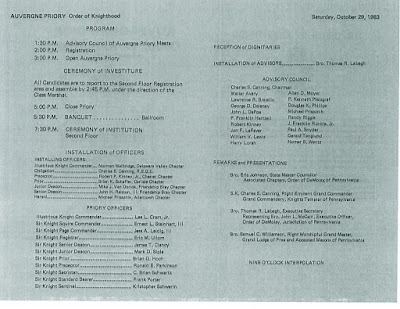 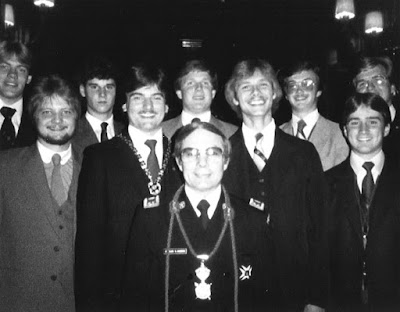