The Dawn of PA DeMolay

Now that Convention is over, I can get back to my usual blogging pace. 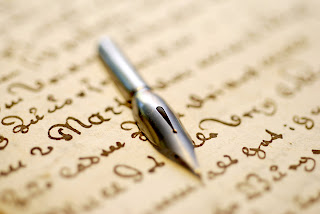 One of the really exciting things announced at this year's Convention was the "Honor and Heritage" program, which celebrates the 90th Anniversary of PA DeMolay. As part of that program, I will be attempting to make on blog post per week that has something to do with the rich history and heritage of the DeMolay program in the Commonwealth. With so much available too me, I was initially at a loss of where to start. Then it struck me - start at the beginning, silly!

The beginning, or as near to it as I can get, comes in the form of a simple letter from "Dad" Ralph C. Minehart, founder of Pennsylvania DeMolay, acting in his capacity as Grand Commander of the Grand Commandery of Knights Templar of Pennsylvania. It read as follows (emphasis and spelling occurring from the original document): 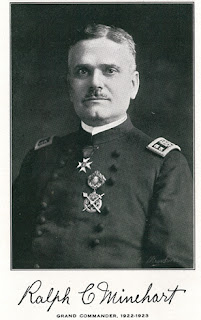 To the Division Commanders, Eminent Commanders and Officers of the Commanderies under the jurisdiction of the Grand Commandery of Knights Templar of Pennsylvania, greeting:

WHAT ARE WE AS KNIGHTS TEMPLAR DOING FOR OUR FELLOW MEN?

I, as Grand Commander of the Grand Commandery of Pennsylvania, recommend and request that the Commanderies throughout the State sponsor the ORDER OF DE MOLAY FOR BOYS.

I have looked into this matter and have witnessed the conferring of their Degrees, which were wonderfully impressive, teaching beautiful and instructive lessons of Clean Living, Filial Love, Patriotism, Duty, Reverence and Protection of Womanhood, also the defence of the Public Schools against harmful propaganda. What better weapons could they employ than the HOLY BIBLE, the American Flag and a bundle of school books strapped together?

This organization takes the boys after they have reached their sixteenth year and from there to 21 years; between the Boy Scout age and manhood, which we know is the dangerous period, because it is the impressionable age, and the good impressions obtained in this Order are life-lasting.

What more fitting cause could be espoused by this Grand Order of Ours, the KNIGHTS TEMPLAR, than to look after our boys; the greatest asset our Country possesses.

Sir Knights, this Order will bear the closest investigation, and the more you look into it, the more you will be convinced that it is our opportunity to do something that will prove of lasting benefit to our Nation.

Sir Knights, I cannot recommend this Order too highly, and it is my earnest desire that the Commanderies seize this opportunity to ace as REAL BIG BROTHERS to our boys.

Upon application, I will be pleased to furnish you with all information and literature.

With this letter, the Order of DeMolay started in Pennsylvania, and we are thankful for it.

In future blog posts, we will discuss our foundations in even more depth, and return to "Dad" Minehart's ideas about how DeMolay could make young men better.