Today is going to be one of those rare posts that is for entertainment purposes only. I've been watching Parks and Recreation, the NBC television show that depicts local government in the same vein as The Office. This show has extra significance for me as both of my parents work in municipal government. Just as The Office seemed to depict some of the daily challenges I faced working in Human Resources, Parks and Recreation does a great job of showing what the more humorous aspects of my parent's occupation are.

One of the characters on the show is Ron Swanson. Played by actor Nick Offerman, Swanson his the head of the Pawnee Indiana parks and recreation department. The character is depicted as a libertarian and hyper-masculine. In some ways Ron Swanson is a perfect re-imagining of my father. He teaches life lessons to those around him and never lets others forget what it means to be a man. I've grown to really enjoy this character over the last few months and have started to take some of his "wisdom" into my interactions with the Elected State Officers. Some of it is completely off kilter, but most do provide good, manly lessons.

Don't believe me? Even the Art of Manliness got in on the action with an article on the story.

So, without further ado, I present the Swanson's Pyramid of Greatness! (click for a close up view)

Ron Swanson has made it his mission to control his life and his facial hair. What are you doing to control your life? 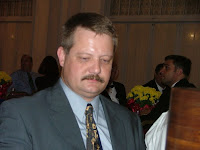 P.S. - I also think it's a little suspicious that Ron Swanson looks very similar to PA DeMolay's own "Dad" Eric Ullom, PSMC, and Chapter Advisor to Joppa Chapter, in Washington, PA. Coincidence? Hmmmmm.... it must just be the mustache.
Posted by PA DeMolay News and Views at 10:07 AM

Email ThisBlogThis!Share to TwitterShare to FacebookShare to Pinterest
Labels: Art of Manliness, Humor, Just for Fun