Top Ten Reasons to be at Convention 2016! 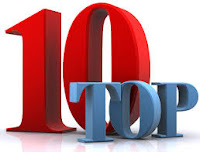 Its the middle of May, which means the clock is ticking and Convention is right around the corner. This year, the annual Convention will be held at the Seven Springs Resort in Champion, PA from July 15 to 17, 2016. If you've never been to a PA DeMolay Convention, your probably asking yourself "Why should I go to Convention?" Below are the top 10 reasons why you should be at Convention 2016.

10. Members will have the chance to compete in Ritual Contests, from the Flower Talk to the Ceremony of Light.

9.  You'll get the chance to stay at a fancy hotel for the entire weekend.

8.  You'll get a free copy of the 2016 Convention Yearbook, with pictures and memories from all of the year's great activities.

7.  Convention will be loaded with fun activities to fill the entire weekend. We start at the Caddie Shak Family Fun Center, which will have Mini Golf, Go Karts, Bumper Boats and much more. Then on Saturday, the Seven Springs Resort has several fun activities including the Alpine Slide, Disc Golf, Paddle Boats and Summer Tubing.

6.  Convention will provide food for every meal.

5.  Your chapter will be able to receive awards based on the accomplishments they have performed throughout the year.

4.  You'll have the opportunity to congratulate "Dad" Sam Williamson on being elected to the DeMolay Hall of Fame in person. The actual induction takes place on June 17 in San Diego, California.

3.  You'll have the chance to vote on your Elected State Officers for the 2016-2017 term. This includes the election of the State Sweetheart as well.

2.  This will give you a chance to get out of the house for the weekend.

And the number 1 reason that you should be at Convention 2016...

1.  Convention gives you the chance to see friends from the entire state of Pennsylvania for a great brotherhood atmosphere.

Hopefully this is enough to convince you that you should be at Convention this year. Registration is due June 5th, so get it in soon to guarantee that you won't miss out.

Until next time - "Dad" Joe Pullin
Posted by PA DeMolay News and Views at 10:27 AM