It's Nerf or Nothin!

With the upcoming Nerf weekend, otherwise known as Operation N.A.S.H.V.I.L.L.E. Training Weekend, I figured we should take the time to get to know the Nerf product a little bit better. The training weekend will be focused on the Nerf Blaster, but the Nerf Company has been responsible for several different products along the way. 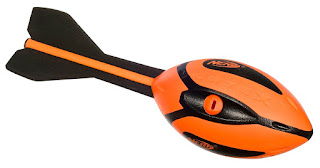 The concept of Nerf started in 1969 with an idea that was originally meant to be a Volleyball game with a 4 inch foam ball. Parker Brothers kept the foam ball and expanded on the idea. Eventually Hasbro, the company that produces Nerf to this day, took over the company from Parker Brothers. Nerf, which is an acronym for Non-Expanding Recreational Foam, became a worldwide success. New products were being created, mostly involving sports. Growing up, most kids I knew had Nerf basketballs, frisbees, soccer balls, and the most popular, footballs. My personal favorite was the Vortex Howler Football, a football that had a long-distance tail that made the football go further than most usually do. Friends and I would toss one around for hours down the back alley until our parents called for dinner. 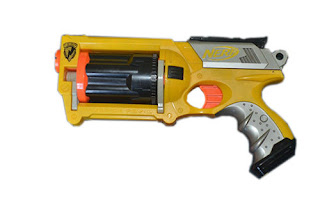 The most popular product, which is what the January weekend is focused on, is the Nerf Blaster. After continued years of success with sports, Nerf turned to warfare gun products that shoot discs, balls, and darts. There a various versions of the product, some more powerful than others, but all of them stick within the same concept that made the company as successful as they are; safety. I hope to see you all at the upcoming Nerf weekend. Remember: “It’s Nerf, or Nothin!”

Until next time - "Dad" Joe Pullin
Posted by PA DeMolay News and Views at 4:27 PM