DeMolay was very popular in the early stages of its founding, allowing Chapters in Pennsylvania to become very large in number. Induction classes would host a few hundred members at a time. In 1926, Philadelphia Chapter was considered the largest Chapter in the world with over 2,400 members, as noted in the 50th Anniversary Program. This would allow the Chapter to host larger scaled events. In 1928, Philadelphia Chapter cast a play primarily with members of the Chapter. The picture will be provided below. Unfortunately, there is no reference to what play was performed, but it is impressive to say the least. 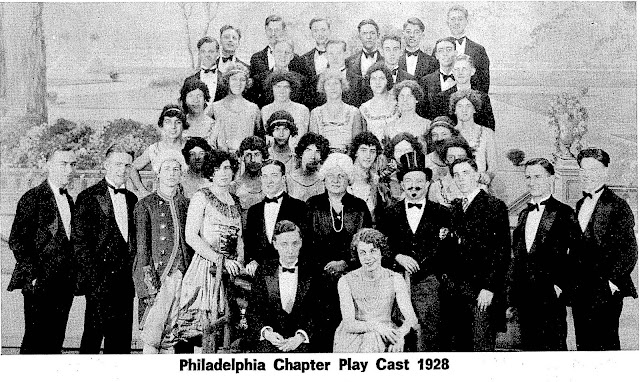 Until next time - "Dad" Joe Pullin
Posted by PA DeMolay News and Views at 3:09 PM