On this date in 1923, the first DeMolay Chapter was instituted in Pennsylvania. Templar Chapter, meeting in Pittsburgh, held its ceremony of institution on February 12, 1923. The event was attended by "Dad" Frank S. Land and 30 members of Mother Chapter. Gorman A. McBride, the first DeMolay Master Councilor, presided over the ceremony. An incredible 1,099 members were inducted into DeMolay that day. The formation was possible due to the hard work of "Dad" Ralph Minehart and the Grand Commandery of Knights Templar.

The original charter of the Chapter can be found at the offices of Patton Campus. A photo of the charter is included in this post. When forming DeMolay in Pennsylvania, it was agreed by the Past Commanders Division No. 2, Knights Templar, that a Central Chapter would be formed to bring in as many members to the organization. That Chapter was Templar. It was also agreed that another Chapter would not form until roughly 6 months later. Several Chapters formed after the 6 month period, including Lincoln Chapter, which was founded on October 5, 1923, and is still active to date. 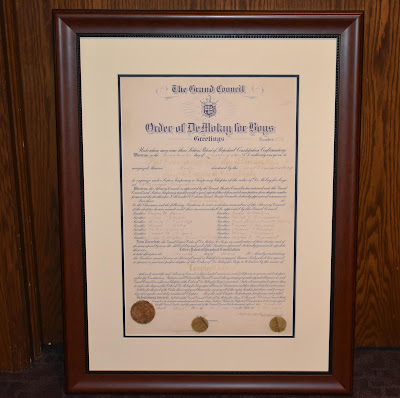 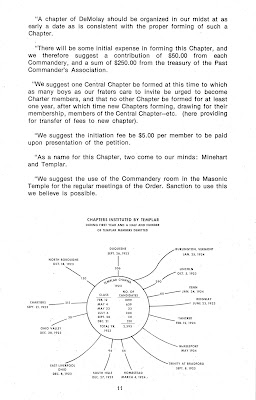 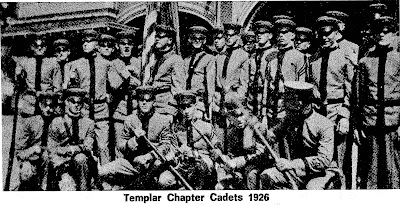