The summer of 1976 proved to be a very eventful and exciting one for then State Master Councilor, William S. Shillady. Although his term of office was coming to an end, Brother Shillady was chosen to be a summer assistant at DeMolay Headquarters, a program that still exists today. He was one of six members chosen during the summer of 1976.

As if that wasn't enough, Brother Shillady also learned that he earned the International Distinguished Service Award for the beginning part of the 1976 year. Below, you will see the article and pictures documenting this, which are found in the July 1976 issue of the DeMolay Cordon Magazine. 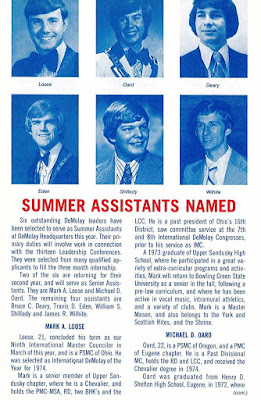 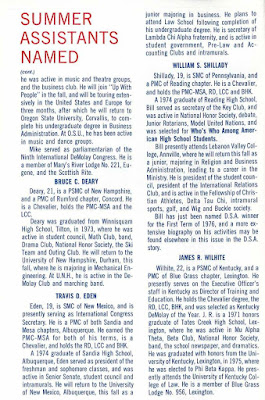 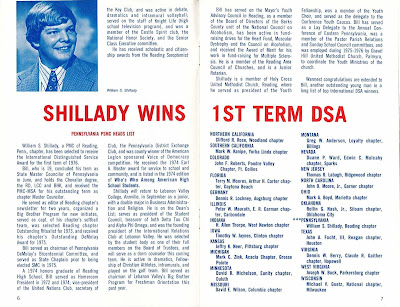 Posted by PA DeMolay News and Views at 4:30 PM